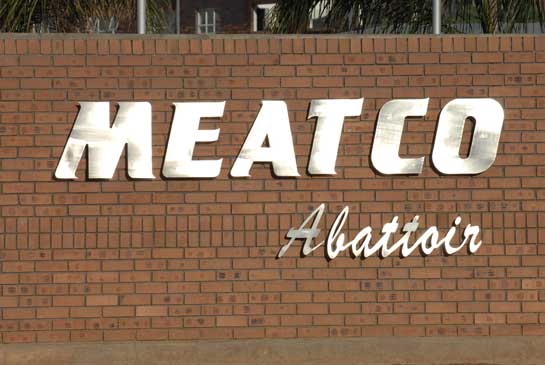 Meat processing and marketing entity, Meatco this week announced that the company has embarked on a business optimisation and restructing process to ensuring that they remains competitive, sustainable and profitable,.

Manager: Corporate Affairs, Rosa Hamukuaja-Thobias in a statement said as a result of this process, employees who are 55 years and above, and in particular those that are already 60 years and above will part ways with the organisation as part of rightsizing the business.

“The Volatile Uncertain Complex and Ambiguous (VUCA) environment in which MeatCo operate calls for business adaptation in order to ensure business resiliency. Meatco thrives to remain competitive, profitable and sustainable in a rapidly changing dynamic business environment,” she added.

According to Hamukuaja-Thobias with the current interventions to adapt, Meatco remains optimistic of the future and its commitment to create wealth for all Namibians.

Meanwhile, the LPO has voiced its concerns with the process followed as well as the strategic principles applied in deciding that age should be the only criteria for retrenchment and realignment.

“Any business is as good as its intellectual capital, experience and skills. It is international business practice to first determine what core expertise and experience should be retained before embarking on a retrenchment process. Furthermore, the critical success factors to make any business internationally competitive must be linked to retaining this intellectual capital,” said A.M. Pretorius Chairperson of LPO.

“The implication of the realignment decision taken is that the majority of executive management will be retrenched, which poses a major risk to Meatco’s sustainability. It is critically important to maintain the confidence of primary product suppliers, customers and financiers and the above actions taken have the potential to inflict unpredictable damage to business confidence in Meatco,” he added

According to Pretorius the LPO will urgently seek a meeting with the Board of Directors of Meatco to determine which processes were followed, and why only age was used as criteria in the realignment.

First field oral rabies vaccination of dogs in the north