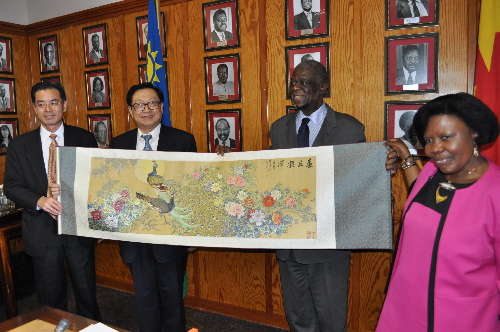 The Chinese vice-chairman of the standing committee of the National People’s Congress of China, Hua Jianmin visited Namibia earlier this week. During his visit, Jianmin visited the Parliament Building.
During her speech at the Parliament, deputy parliament speaker, Loide Kasingo touched on the historic relationship between Namibia and China. “The Republic of Namibia and the People’s Republic of China share a strong tradition of longstanding friendship that dates back to the 1960’s. During that period China provided political, moral and material support to the Namibian people under the leadership of SWAPO, to wage the struggle for freedom, self-determination and independence,” said Kasingo.
She added that China was one of the first countries to establish a diplomatic relationship with Namibia immediately after independence.
“The Namibian people consider the People’s Republic of China as a true and reliable friend that reinforce the saying ‘a friend in need is a friend in deed’,” added Kasingo.
Kasingo informed the delegation of the approximately 70 million RMB Yuan that China availed for the construction of the Omuthiya hospital.
Deliberating on the delegation visits between the two countries, Kasingo emphasised on the importance of the visits to Namibian parliamentarians as they gain knowledge on the Chinese economic, social, political and cultural life.
“Such knowledge is very important for Namibia as a young nation, which needs to look at what other friendly countries are doing in order to adopt the good examples that would be suitable to our own situation,” she said.
Speaker of Parliament, Theo Ben Gurirab reiterated Kasingo’s sentiments saying that China and Namibia has a long existing relationship.
Gurirab also encouraged China to resist the NATO – EU plans. “There is today inter-state turbulence of different kind in the world than the cold war era. Both NATO and EU are flexing their muscles everywhere in the world militarily, economically and using massive intelligence and security projections worldwide trying to have it their way. We must resist. The world belongs to us all, not only to them,” argued Gurirab. 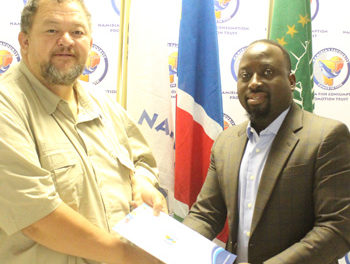