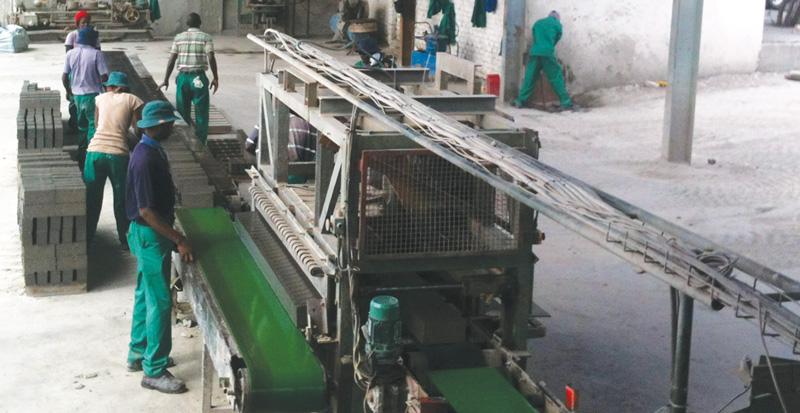 The derelict former mining town, Uis, kept one of its most lucrative assets a secret until the father and son team behind NamClay, discovered that hard clay brick can be made from the sediment in the mine’s slimes dam. When Albert Weitz senior was alerted to the potential of the Uis slimes dam by his son, Albert junior, little did they realise their endeavours will blow life back into the town.
When the struggling Uis Tin Mine shut down in 1990, the plant, equipment and mine houses were auctioned shortly afterwards. But the footprint of the operations, the shaft, two mountains of silica marble and the tailings dam remained.
Part of the process to extract ore from rock entails washing pulverised stone, from which the ore is separated. Once the ore is separated, the remaining material is pumped into what is known as a slimes dam. The Weitz team had the insight that bricks could be made from the clay. They would be harder than many bricks and carry the rich, decorative colour of Namibian clay.
In 2006, the company NamClay Bricks and Pavers was formed, with a goal of selling the bricks to the central coastal towns of Namibia, where they would be well suited to the moist, salty and windy environment.
Employment in the town began to climb, but challenges remained, not least of which were difficult road conditions and slow uptake on the products when the company first opened.
However the bricks began to gain popularity, and can now be seen on many upmarket properties across Namibia.
The persistence of NamClay has paid off, said John Mbango, Development Bank Head of Lending. The bank, he said, is aware of the many challenges that the company has faced, and it admires the manner in which the company rose above its challenges, to grow and prosper. The runner-up award that NamClay won, said Mbango, is a testimony to excellent administration that rises above adversity. However Mbango said that the company has an exceptional development impact in many ways. He pointed to the fact that the company has enlivened and diversified the village’s economy. Before it opened, the major basis of the town’s economy was tourism services along the route to Brandberg, and the future of the centre was uncertain. Significant employment has made the community far more sustainable in the long-term.
He reiterated that NamClay epitomises excellence in resource use. By using clay from a mine slimes dam the company not only makes use of local materials, but also assists to rehabilitate an area by removing the by-products of mining.
Talking about the products, Mbango pointed out that they are popular, and a good substitute for imported bricks and pavers. In addition to the decorative bricks, cobblestones and pavers, the company also manufactures non-face bricks for general purposes. To date, Windhoek Gymnasium has become the most prominent monument attesting to the quality of NamClay bricks. The entire school has been built with these bricks. 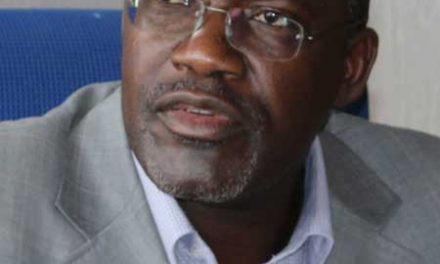