Namibia’s deep-dive into its environmental state 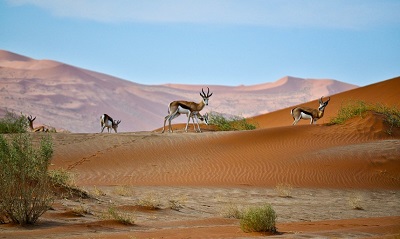 While the widespread natural deserts and resources of Namibia often seem boundless, they are constantly being impacted in ways that highlight the importance of conservation and proactive management.

This was perhaps the key theme running through the second National Integrated State of the Environment Report (ISOER) for Namibia, which was formally launched recently by Pohamba Shifeta, Minister of Environment, Forestry and Tourism. It was compiled by SRK Consulting (South Africa) in collaboration with Namibian consultancy Urban Dynamics and published late last year.

“The 2021 ISOER demonstrates how the country has progressed in managing its natural resources since 2004 while minimising the environmental impacts of wastes and disasters generated by human and economic activity,” said Shifeta in his preface to the report. “Based on a core set of indicators, the report highlights environmental performance areas where Namibia is doing well and places a spotlight on areas where the country can perform better.”

He noted that the 2021 ISOER featured priority areas that require urgent and proactive attention to reverse negative biophysical or socio-economic trends, saying that positive change was possible through strong partnership and collective action by stakeholders in the public and private sectors.

The report considered the ‘status quo’ of various elements of the environment, from physical and biological environments to waste management and human settlements. Interventions made to date were discussed, and ways forward proposed.

Among the range of issues is climate change, which was projected to raise temperatures by 1.2°C in the south-west and by 2.8°C in the north-east by 2065 – leading to greater variability in annual rainfall.

Water scarcity was unsurprisingly a major theme, especially as demand is growing and groundwater resources are being drawn upon increasingly. Land degradation was another – with forests, grasslands and croplands under pressure from human settlement and overgrazing. Arable land is being impacted, with declining crop production, raising concerns about food security. Crime related to wildlife – especially involving the poaching of high-value species – was also identified as an area deserving more focus.

According to Darryll Kilian, partner and principal environmental consultant at SRK Consulting, the ISOER provides high-quality statistical information to improve knowledge of the environment and its challenges. This is to support evidence-based decisions around policy and implementation and to inform the general public and specific user groups.

“In compiling the report, we also relied on engagement with several key stakeholder groups for gathering information and data,” said Kilian. “Stakeholder input into drafting the ISOER – which was facilitated through a workshop – was essential to identify key issues of concern.”

The success of the engagement aspect of the project was particularly appreciated by the funder, the Deutsche Gesellschaft für Internationale Zusammenarbeit (GIZ) – especially after the Covid-19 pandemic made it difficult to travel or meet stakeholders.

SRK worked with a range of key stakeholders to navigate the consultative process, including the GIZ; Ministry of Environment, Forestry and Tourism; National Planning Commission; Namibia Statistics Agency; and the Sustainable Development Advisory Council.

“It was both highly proactive and responsive to the needs of the client and undertook a well-structured engagement process, including listening to and capturing comments from local stakeholders, effecting changes, and systematically documenting the whole process,” said Klemens Riha, team leader of the GIZ project on Climate Change and Inclusive Use of Natural Resources (CCIU) in Windhoek.

Taking a multi-framework approach, the report aligns with international good practise in environmental reporting, while integrating information across a wide spectrum of departments and interest groups.

“The report also provides a clear path of action, using the Framework for the Development of Environment Statistics (FDES),” said Kilian. “The FDES – published by the UN Secretariat’s Department of Economic and Social Affairs in 2014 – provides environmental reporting guidelines following a tiered approach, from environmental components and sub-components to individual indicators.”

He explained that this allows for country-specific interpretations and limitations, aligning well with other environmental reporting tools such as the Driver, Pressures, State, Impact and Response (DPSIR) model and Sustainable Development Goals (SDGs) adopted by the UN in 2016.

Riha affirmed that this was important to the success for the study and that SRK had “demonstrated a very high level of ability to mix international best practices with local circumstances and conditions, resulting in the delivery of high-quality outputs and products. The over 125 indicators used in the report also highlighted how Namibia was responding to the SDGs and other commitments made by government.

“In preparing the report, we interpreted selected indicators from a ‘call to action point of view, noting areas that require attention by country stakeholders,” said Kilian. “The 2021 ISOER guides decision-makers in all walks of life on what actions could be taken to promote positive trends – or to address negative movements affecting Namibia’s environmental sustainability.”

In a similar vein, Shifeta also emphasised that the main aim of the report was to communicate credible and accessible information to enhance decision-making. He also pointed to its contribution in assessing the availability of environmental data.

Noting that there were some areas where datasets were up to date and readily available, Shifeta said that in other areas there is a need to invest time and resources to gather additional and more recent information. He also emphasised the role that this report could play in raising general awareness in the country, and promoting constructive action.

The report was published by the Directorate of Environmental Affairs and Forestry in Namibia’s Ministry of Environment, Forestry and Tourism, and funded by the German Federal Ministry for Economic Cooperation and Development. 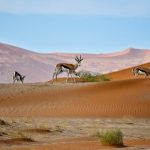 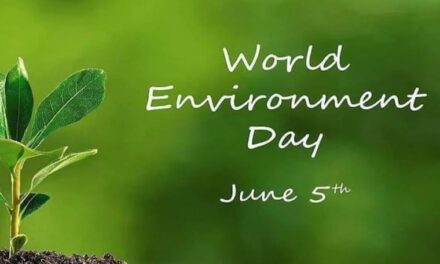