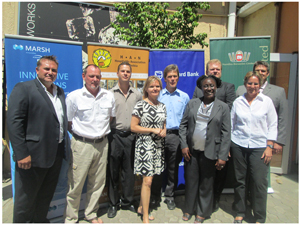 Representatives of the many companies sponsoring the Tourism Trade Forum at the Hospitality Associatioin of Namibia’s annual congress, joined Gitta Paetzold (middle front), the association’s CEO for the official launch this week. (Photograph by Hilmah Hashange)

The Hospitality Association of Namibia’s (HAN) this week announced that it will host its 15th  annual Tourism Trade Forum on 27 and 28 November 2013 in Windhoek.
The forum consists of a congress taking place on 27 November and is followed by the awards gala on 28 November.
The forum is sponsored by Standard Bank Namibia and Namibia Breweries Limited (NBL) who contributed an amount of N$65,000 and N$60,000 respectively. Secondary sponsors are Marsh Namibia and Bannerman Resources, each giving a contribution of N$25,000.

The theme of the congress is “Translating Namibian tourism to the world” and is intended to attract different representatives in the hospitality industry mainly from Germany and South Africa but also from the rest of Europe.
Topics to be discussed at the congress include factors relating to the local tourism industry and how it relates to international tourism. Most pertinent are local ownership, capacity, levies and the slump since 2008.
Tourism rates for the 2014/2015 tourism season will also be discussed during the forum. Seven speakers, of which three are from abroad, are expected to give presentations at the congress.
During the awards gala dinner, tourism operators will be honoured for their achievements. A new award has been added this year in the category for best concession operator.
In his address Managing Director of Namibia Breweries,Wessie van der Westhuizen said that NBL has had a long-standing relationship with HAN which represents all major players in the hospitality industry. He said: “It is a natural association to see the brewers of truly authentic Namibian beers partner with the establishments that host guests in Namibia. Unlike the fast paced, commercial lives many people experience daily – Namibia is a destination that offers authentic warmth, hospitality from people who are true to themselves, their culture, beliefs and values – and overall the tourism experience is one which they appreciate because it is far removed from their daily lives.”
This year NBL has also pledged N$1 million as commitment for the Adventure Travel World Summit through its Windhoek Lager brand. 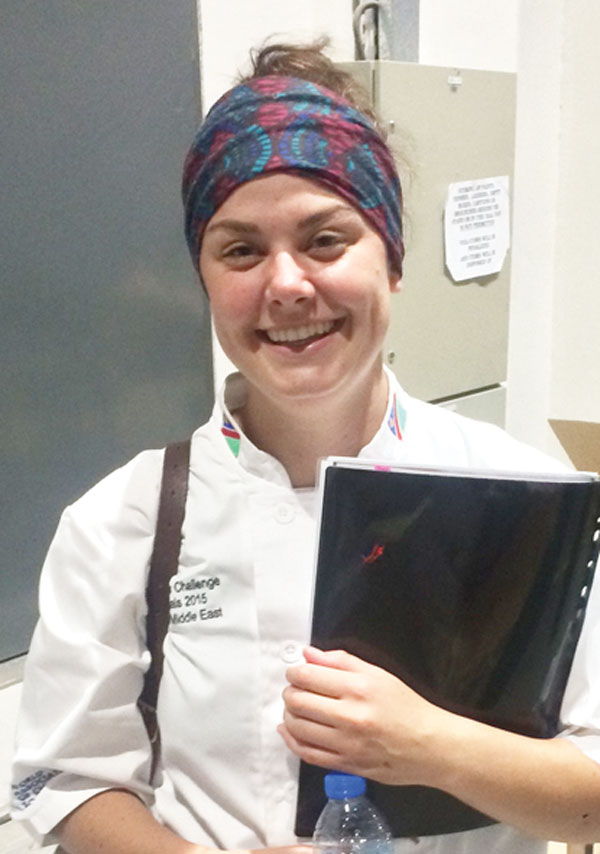 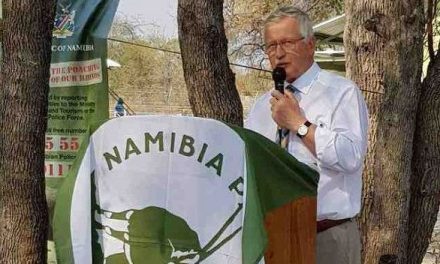