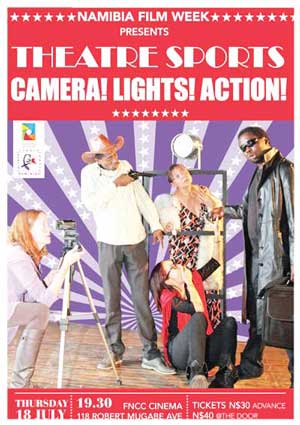 Be prepared for a high-octane, laugh-all-you-can evening where you, the audience, determine the show you are going to see with the Theatre Sports crew.

Have you ever wondered why no-one turns on the bathroom light even when they know there is a maniac stalking them? Or even how a gun can shoot 50 rounds without needing to be reloaded or have you ever thought how local films would change if transformed into a different style? Well the Theatre Sports crew are back again to try and help shed some light (in their own way) on the genre of film.
To coincide with the Film Association of Namibia (FAN) film week 2013, the Theatre Sports crew has conspired to poke fun at film. Come and join the crew for an evening of improvisational movie silliness based on the audience’s brilliant suggestions.
This time multi-talented actress and performer Tulimelila Shityuwete who is affectionately known as Tuli is a guest star on the show. Tuli has starred in many Namibian films such as Taste of Rain and Try as well as several stage productions including the recent successful Namibian rendition of Mama Mia, ‘Meme Mia’.
There’s no way of knowing what to expect so be sure not to miss this exciting show. The crew never fails to entertain so for a contagious dose of laughter that will have you laughing next time you watch a movie, be sure to be at the Franco Namibia Cultural Centre on Thursday 18 July. Tickets are N$30 in advance and N$40 at the door. 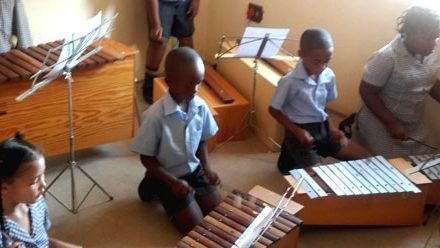 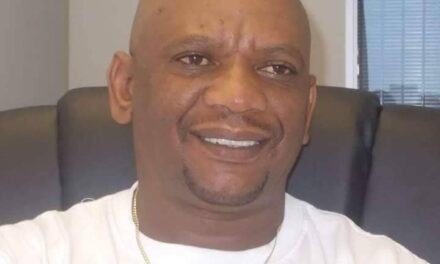