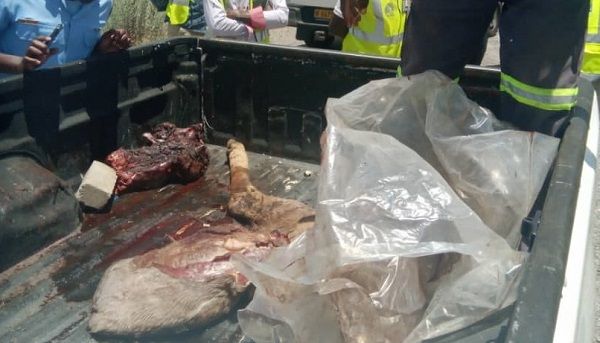 Condemning evidence retrieved from the scene of poaching and from a vehicle used to transport a kudu carcass, now points the finger to security personnel at Hosea Kutako International Airport. In the process, two African wild dogs were shot inside a protected reserve and a third was critically wounded in the face and neck.

The Zannier Reserve adjacent to Ondekaremba, the farm on which the airport is situated,  is used by the N/a’an ku sê Lodge and Wildlife Sanctuary, as an additional reserve for the release of rehabilitated wildlife. Five African Wild Dogs, retrieved in the past from various sources, and saved by Namibia’s world-famous conservationist, Marlize van Vuuren, were released on Zannier in June last year. The five individuals formed a pack and quickly adjusted to liberty, fending for themselves, and successfully adapting to their new environment.

African Wild Dogs are a critically endangered carnivore, threatened across Africa where it occurs in Savannah areas.

Earlier this week, N/a’an ku sê director, Dr Rudie van Vuuren was alerted by a neigbouring farmer of suspicious activity near the fence line between the Zannier Reserve and the airport.

N/a’an ku sê staff responded immediately and when they arrived at the scene, found evidence of a kudu having been killed by the wild dogs inside the reserve. According to the visible evidence, neither the dogs nor their prey strayed onto airport land. At the scene, two dogs were found killed by buckshot while a third lay severely wounded. The crime scene was located approximately 40 metre inside the Zannier fence.

Dr van Vuuren said they alerted the airport maintenance manager to the possibility of airport security personnel having trespassed on private property and allegedly shot and killed a protected species. Three airport security and three maintenance personnel were found with a kudu carcass in the back of a vehicle. The suspects were taken to the scene, whereupon members of the police force searched the vehicle for evidence. The six airport staff members, suspected to have trespassed and shot and killed the wild dogs to steal their kudu, were charged and remain in police custody.

N/a’an ku sê veterinarian, Dr Kobus Hoffman, performed forensic autopsies on the dead dogs and found further evidence of shotgun pellets, indicating that the dogs had been shot with a 12 gauge shotgun.

The third dog is being treated at N/a’an ku sê but it is still fighting for its life.

“The N/a’an ku sê Foundation would like to thank the neighbouring farmers, the Namibian Police Force, the Protected Resources Unit and the anti-poaching unit for their quick response and efforts in apprehending the suspects,” stated Dr van Vuuren.

Caption: Caught in the act. The remains of a young kudu on the back of a bakkie belonging to the Namibia Airports Company. A quick response by the Namibian Police and on the scene investigation lead to the arrest of six airport employees working in security and maintenance. Not only did they poach the kudu, they shot three critically endangered African Wild Dogs in the process, all outside airport land in a nature reserve. 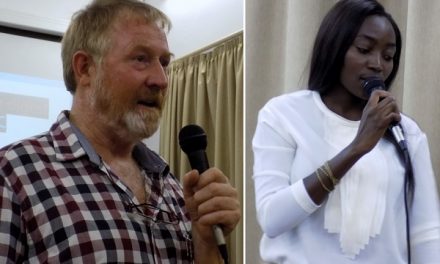