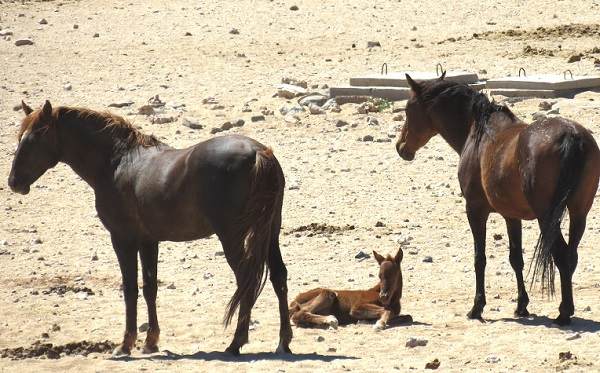 Game rangers in the Namib Naukluft Park noticed earlier this year that some of the hyenas in the Garub area have moved out of the park after widespread but patchy rain in the winter rainfall zone. In the wake of their departure, the wild horses of the Namib managed to produce the first foal in six years.

This week the Namibia Wild Horses Foundation said the world-famous feral horses in the Garub area of the Namib Naukluft Park near Aus, have gone through a tough time since 2012. Not a single foal has survived due to the prolonged five-year drought, and the subsequent predation by hyenas after their natural prey moved north, following extensive rainfall in those areas.

This twofold attack on the horses reduced their numbers from close to 300 to just 79, now 80 with the arrival of the new baby.

After several years of the Namibia Wild Horses Foundation providing fodder for the horses to sustain them over the drought period with generous donations by the public, this year’s winter rain broke the drought and covered the desert floor in a carpet of grass. “The surviving horses have gained condition and are fat and healthy,” stated the foundation.

Another foal is expected in the next few months and several other pregnant mares will foal in the first half of 2019, adding several more individuals to the nearly decimated wild horses.

The wild horses of the Namib have frequented the desert around Garub for more than one hundred years. Although there are several theories about their origin, it has never been confirmed exactly how they ended up at Garub. 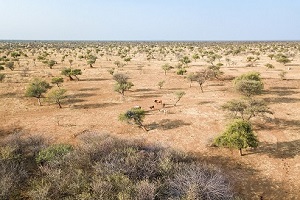 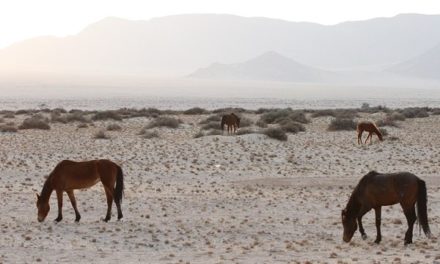