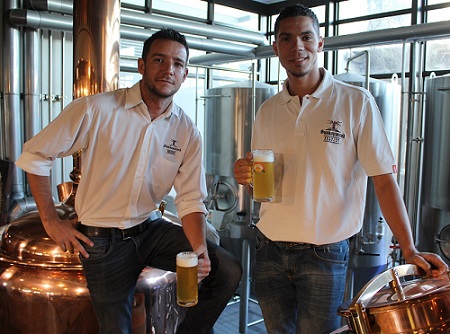 Roan Myburgh and Ronn Rittman, both master brewers from Namibia Breweries Limited’s micro-brewery at the Strand Hotel in Swakopmund, last week prepared their entries for the worldwide ‘Best Brew Challenge’, where their specially crafted in-house beer will be judged against 124 brewers from the rest of the world.

The two brewers work for the Swakopmund Brewing Company, a subsidiary of Namibia Breweries Ltd located at the Strand Hotel. All three entities are operating units in the O&L Group.

The Best Brew Challenge is the world’s largest simultaneous collaborative brew where brewers from all over the world participate and the products entered are judged on quality.

Myburgh and Rittman were exited to be able to participate in this competition, even though they were nervous and challenged at first. They got over it and enjoyed the whole experience which will hopefully prove to them and the whole world they are among the best brewers in the world.

Christian Muller, Head Brewer at Namibia Breweries Ltd said winning this competition will be the cherry on the cake, but ultimately participation in this internationally renowned competition for craft brewers will boost both the status of the quality credentials of Namibia Breweries, the Swakopmund Brewing Company as well as Namibia as a country. “Winning is not the most important to us at this stage, the opportunity to measure our craft beer against the best in the world, holds more meaning to use in this venture,” he emphasized.

While O&L Group Director: Human Capital, Berthold Mukuahima stressed that such exposure proves that they are committed to always growing and becoming better in their fields of expertise, he said “The Best Brew Challenge is one of those platforms that is perfect for especially our young brewers to challenge themselves against the best in the world.”

All participating brewers across the globe brewed simultaneously on the same day, at the same time. This was last Friday at 13:00 Namibian Time. The final products are sent to Bestmalz Malthouse for judging where an international jury of beer sommeliers will do the taste judging. The brewers of the best rated beer will win a trip for two to Heidelberg, Germany, while the winning beer will be presented at drinktec 2017 in Munich. Official judging is scheduled for 10 June 2017.

To date, the Swakopmund Brewing Company is the first and only brewer on the African continent to participate in the Best Brew Challenge. 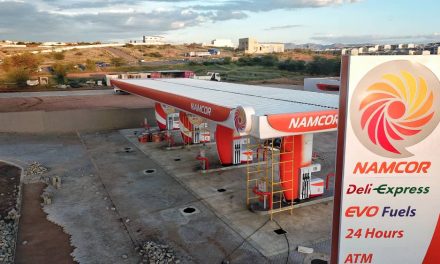