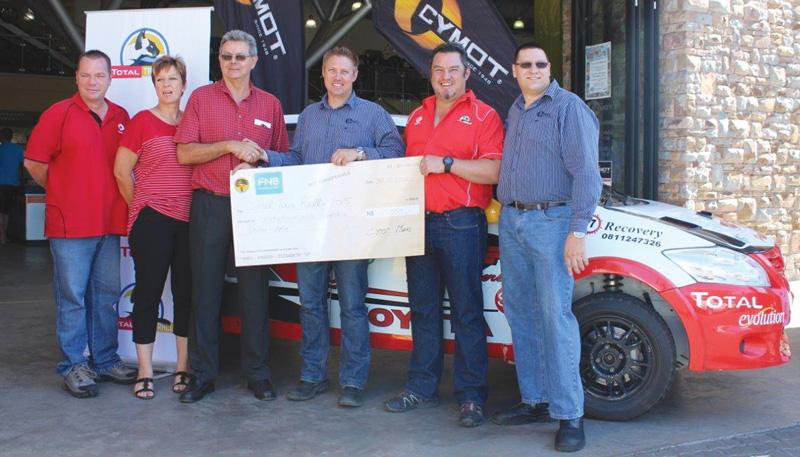 The Total Tara Rally 2015 which will take place on 18-21 November in and around Windhoek has received a boost of N$60 000 from CYMOT (Pty) Ltd.
CYMOT which supplies automotive products and are stockist of a wide range of lubricants, spares and accessories under the Midas brand said they are proud to be associated with Total and the organizers to be part of an event of this magnitude.
After hosting and sponsoring the CYMOT Rally for the past three consecutive years, CYMOT and Midas as a sub brand said that out of strategical reasons they have decided to team up with the organizers and Total as a partner for the rally 2015 both nationally and internationally.
CYMOT thanked the organizers and the Namibian Motorsports Federation for the collaboration of the event which they say will be significant for both drivers and spectators alike.

Impairment is the last impediment