Let the facts speak – 58% of Meatco’s producers is black

In a statement released this week, Meatco describes recent statements by the Chairperson of Witlvei Meat, Sidney Martin, as baseless and harmful. Meatco claims these statement were made in response to the Cabinet decision to split the Norway quota more equitably amongst qualifying meat processors. Meatco says it was not provided with an opportunity to respond to these statements and in the interest of providing a balanced view to the public, offer the following statement to provide clarity on the issues raised by Mr. Martin.

In a recent newspaper article, Witvlei Meat Chairperson, Mr Sidney Martin is quoted as saying “in the case of Meatco only white commercial farmers are benefitting from the Norway quota, as the meat north of the cordon fence, known as the Red Line, cannot be exported to Europe.”
“Unfortunately Mr. Martin has opted to use the racial card in an effort to promote his cause and to tarnish the name of Meatco,” says Meatco CEO, Vekuii Rukoro. “It is also the same statement Mr. Martin used in his lobby to obtain the initial 50% of the Norwegian quota in 2010. It is as untrue now as it was then.”

The facts are that Meatco is the only meat processor to operate in both the Northern Communal Areas (NCA) and south of the Veterinary Cordon Fence. The organization pays the same prices to all producers, regardless of their location north or south of the Veterinary Cordon Fence. While it is true that the meat from the NCA cannot be exported to Europe or Norway, it is not reflected in the price paid to producers in the NCA.
“Producers in the NCA receive the same prices as producers south of the Veterinary Cordon Fence, as if we are able to sell their meat into international markets,” says Adv. Rukoro.
“It is not their choice or because of their doing that producers in the NCA do not comply with EU regulations. It is because the International Organisation for Animal Health (OIE) has declared the region prone to FMD. We therefore cannot penalize these producers for something they do not have control over and that’s why Meatco pays them the same prices as producers south of the fence.”
This also means that any benefit derived from international markets are equally applicable and passed on to producers who deliver to Meatco north and south of the Veterinary Cordon Fence.
“The superior returns we generate south of the Veterinary Cordon Fence allow us to subsidize the price paid to producers in the NCA. Without markets like Europe and Norway, it would not be possible.”
“Meatco’s business model is such that we do not pay out dividends to shareholders. Therefore, every extra dollar that we make goes back to producers in the form of producer prices. This results in improved prices for all producers delivering to Meatco – both communal and commercial,” says the Meatco CEO.
“In the last financial year, over the Norwegian quota period, the majority of Meatco’s producers were black farmers from communal areas, amounting to 1586 producers (58% of the total). It is unfortunate that we need to crouch to the racial level in an independent Namibia, but the facts obviously negate the statement by Mr. Martin that Meatco is only there to benefit white commercial farmers,” says Adv. Rukoro.
“In contrast, the opposite is true of Witvlei, who because of their business structure serve only a handful of ‘commercial white producers’, as Mr. Martin puts it. We challenge him to take the Namibian public in his confidence by opening his books and share the details and status of his producers. We are willing to do so.”
Mr. Martin also warned of the immediate closure of the abattoir should Witvlei not receive 50% of the Norway quota and would “result in the loss of 165 jobs, which would deprive more than 600 dependents of their main source of income in the Omahake region…”
“This statement is also inaccurate. The departure of Mr. Martin and his Senior Management team from Witvlei does not and will not spell the end of Witvlei,” says Adv. Rukoro.
“We have pronounced ourselves very clearly in this regard on several occasions last year: if Witvlei Meat cannot continue operating its business, we as Meatco will step in and take over operations and secure the jobs of the 165 employees working at Witvlei – with the exception of the Senior Management team.”
“The Norwegian quota was given to Namibia to benefit the Namibian producers and Meatco is the best vehicle to do that. Unlike Meatco, which pays out its profit to the majority of Namibian cattle producers, Witlvei acts in the interest of a few shareholders and a handful of producers only. An increased quota for Witvlei serves only to enrich these shareholders with returns that could have been directed to Namibian producers’ pockets. In essence they are benefiting the few at the expense of the many, whereas Meatco aims to serve the greatest number of producers in both commercial and communal areas.”
(Meatco statement shortened – Ed.) 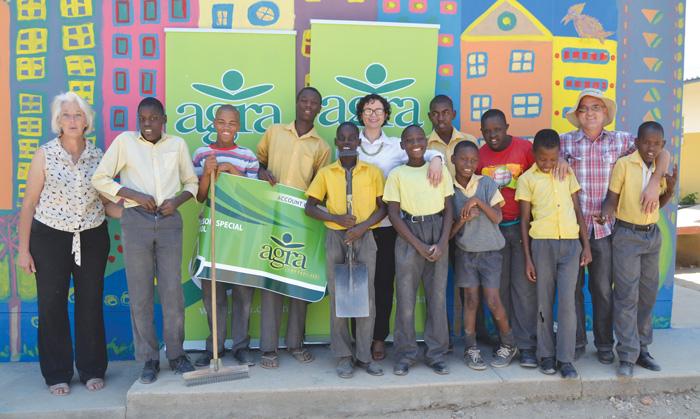