As from today, we are the masters of this vast land of our ancestors. The destiny of this country is now fully in our own hands. We should therefore look forward to the future with confidence and hope.

The Tsumeb Municipality hosted a Gala Dinner earlier in September in the Etosha Senior Secondary School Hall to raise funds for the upcoming Tsumeb Copper Festival. The fundraiser was attended by Tsumeb dignitaries and business people.
Every year the Tsumeb Municipality organises the Tsumeb Copper Festival to give the residents and visitors an opportunity to hear the history and see the beauty of Tsumeb. This year the festival is scheduled to take place from 30 October to 02 November.
This will be the eleventh year of the Tsumeb Copper Festival. The event has brought about an increase in the number of people visiting the town. It has also facilitated indirect investments in the hospitality sector.
Historically, Tsumeb is known for its mineral resources and it has been producing and supplying the world with these resources since 1905. Between the early 1900’s and the mid-1990’s, the town has produced approximately 30 million tons of copper ore for the biggest industries in the world.
Despite several setbacks since Independence, the town has always manage to survive due to the resilience of its natural resources. Honouring the role copper has played for more than a hundred years to create Tsumeb’s prosperity, is the pivotal reason for the Copper Festival.
However, Tsumeb needs to change itself so that it can avoid the curse of being entirely dependent on one resource only.
Addressing the audience at the fundraiser was the Managing Director of the Shali Group, Mr. Wilhelm Shali. He pointed out that the Copper Festival showcases not only the economic potential of other sectors outside the mining sector, but it also demonstrates how the country can survive and thrive by investing in sectors other than mining.
He said Namibia wants to become a prosperous and industrialized country by the year 2030, and this is just a stone-throw away. This can be achieved if people in the industry can invest in human resources, adding that the government has already created the enabling environment to trade and conduct business in a peaceful and conducive environment.  “It is henceforth the community’s responsibility to assist the government to grow and develop the nation by dedicating ourselves to the cause of the development of our country,” he said.
The chairperson of the organising committee, Mr Julius Gaeseb quoted Dr Sam Nujoma at his inauguration as the first president, saying “Our nation has blazed the trail to freedom. It has risen to its feet. As from today, we are the masters of this vast land of our ancestors. The destiny of this country is now fully in our own hands. We should therefore look forward to the future with confidence and hope.”
He added that “ as a committee these word are noted to fight and strive for economic freedom for one and all in this beloved country. This will help provide training and knowledge, skills and transfer opportunities for Small Business Enterprises and individuals.” According to Gaeseb, the reason for the copper festival is to bring consumers and producers, innovators and visionaries to the same venue at the same time so that they can chart a way forward for Namibians to have their own goods produced by Namibians for the Namibian people.
Hans Nolte, the Managing Director of Dundee Precious Metals assured the audience that when Dundee Precious bought the Tsumeb smelter, the company realized it is important to be involved with the Tsumeb community to gain a social license. Standard Bank Namibia has also pledged N$70,000 to promote the Copper Festival. 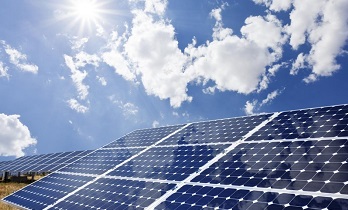