Namibia’s youth is the tidal wave that will shift things forward, very soon. How relevant have political parties in Namibia been, in engaging the youth on social media platforms? And while asking, is the noise on social media a reliable barometer for events in real-life constituencies?

Attention has become a currency, and we have about 8 seconds of it at a time. In two years from now, online video content will drive 70% of consumer internet traffic. We have a fear of missing out but there are so many platforms demanding presence and participation, the noise is ovewhelming.

Recall that nearly 72% of Namibian respondents participating in the recent Afrobarometer survey who use online media, is the youth (18-35 years of age).

Just two months before the elections, one political manifesto was released. Last week the PDM promoted their release of manifesto only two days in advance, on Twitter. Of the seven political parties in parliament, what do you know or read about them and how does that alter your perception or support for their promises-on-paper and leadership-in-community?

Similar to the corporate or business environment, political parties need to communicate consistently, and promote a platform not only for opinion but for conversation and for change. The credibility and trust factor joins hands with time and experience. Poking holes in others’ intent will not provide sustainable content for your own political party. Playing the cards of tribalism, hate, racism or spreading fake news to induce panic action is also not a sustainable approach. There are various political parties not represented in parliament, such as POWER, LPM, UDF, UPM, and MAG – so what are driving these parties and their supporters that can add to existing campaigns?

President Donald Trump spent more than US$11,1 million on Facebook and Google advertisements in the first quarter of 2019. The Economic Freedom Fighters in South Africa also punched above their weight on Twitter, with 755k Twitter followers (more than the ANC’s 659k), but this did not necessarily translated to more votes.

Are we engaging consistently, and who are our followers, and influencers? Social media content managers are becoming the scientists behind the big data that we learn to use – demographics, interests, networks. These are people that see you pop up onto their radar when you are discussing social issues, starting a conversation to influence legislation, or advocating for mass change via action groups and civil society. Manpower is spread thin – but if you have a passionate and visible leader, the impact factor comes to play. The public reputation of the leader representing the political party can be an asset or detrimental to the party’s reputation. The pace is fast, and your team may be small, but you need to ensure that your voice is heard.

Some of the frustration leading to disengaged and disillusioned voters is partly tied to current economic challenges, and partly voter education (what do we know) and how that impacts on trust (why we care, why we participate).

Namibia saw 200k new voters register this year – this shows that we want to participate, and that more of our voters are millennials eager to participate. At a recent media fair at NUST, I shared some debates with the students yet they are unsure where to tap into the current discussions on political awareness, but they certainly want to!

I think Jobs saw an opportunity – and became a voice on that specific platform where he saw a need. That is what politicians and business-minded people should do, after all? The question is, how can you make a difference? Not a bold question, rather a challenge. If we do have a perception that primarily “older” people are dominating current local politics, then the onus is on you to connect with these leaders (like we’re seeing more of on social media platforms) in following, questioning, and challenging them (fairly). Do research, establish sources, check facts, check your own biases, and participate from a well-informed basis and a constructive mind-set.

Who are setting the examples for our next generation of leaders? Thinking about Laz Jacobs, Job Amupanda, Sam Shivute, Daisry Mathias, Gwen Lister – and how do we support these leaders and the transformation they are bringing and help shape something that starts as a conversation into something tangible, affecting our lives in the best way? We all make mistakes, and many a time a leader will learn from these mistakes publicly. You become a teacher in your arena. Politics are about negotiation, compromise and transformation – one can not always be better, and the effort demanded by democracy is testimony of why we still want to believe in team effort, even if we do not agree. We easily infuriate each other, but at the end of the day, we love Namibia more.

If you would like to know more about the upcoming elections, pay attention to what the ECN posts to Twitter and Facebook. The IPPR’s Election Watch Namibia (Facebook), and the Informed Voters Project (local youth driven) can be found on Facebook, Twitter, LinkedIn and Instagram. Send your sms’s to The Namibian. Start your own thought leadership platforms encouraging others to engage in conversation, and invite students and committees and their peers to join in the debate.

Bringing politics into the 21st century demands that you also participate in a digital democracy, and in encouraging diversity in participation (age, gender, minority groups, race, tribe etc) but always geared to the transformation we need, and not to individuals or scapegoats.

The pace is fast, and it really boils down to eating that elephant one bite at a time, every day, hour after hour. Click-bait or once-off fireworks will not help us get there. There is always room for inclusion online, as this is still in preparation of what is inevitable and ‘here to stay’. Social media has the power to mobilise, and to enable you to become President – but do not rely on paid messages or cheap tactics, rely on real engagements. Listen more, put it on paper, and put it into action.

There is a balance between selling dreams, and making them SMART. Our youth might not appreciate our sense of self-importance (the age of accidental narcissism as Bryan Solis calls it), and they want in on the super-star-status as volunteers, mentees, supporters and ultimately, as voters. 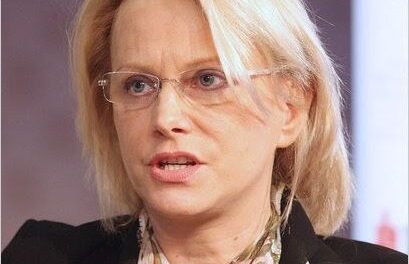 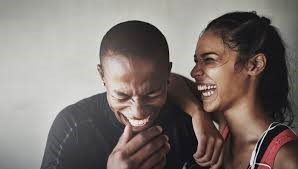 How does one get from an economy based on petroleum to one based on hydrogen?