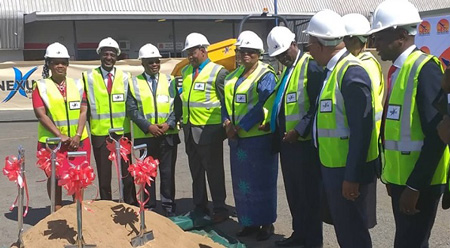 The Deputy Prime Minister and Minister of International Relations and Cooperation, Hon Netumbo Nandi-Ndaitwa this week officiated at the groundbreaking ceremony of the Congestion Alleviation project, at the Hosea Kutako International Airport.

The project, estimated to cost N$250 million, is spearheaded by the Namibia Airports Company and sets the target to double the handling capacity of the airport to accommodate increased passenger numbers up until 2030.

The construction which will be undertaken by Nexus Building Contractors will commence on 23 September and be completed by September 2020, according to the airports company.

Nandi-Ndaitwa at the event highlighted the importance the government attaches to upgrading and modernising the country’s airport infrastructure, in view of the projected growth estimated by Airport Council International, projecting that emerging and developing economies will account for over 60% of all passenger traffic by 2040.

Airports Company’s board chairman, Leake Hangala,  said the upgrade will double the airport’s passenger handling capacity to deal with the serious congestion it faces as passenger movement has increased to more than a million per year.

“As an important part of the transport sector, the airport requires sufficient infrastructure to attract new airlines and enhance air connectivity which will in turn stimulate our economy,” said Hangala. 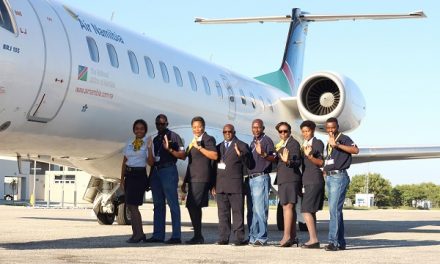