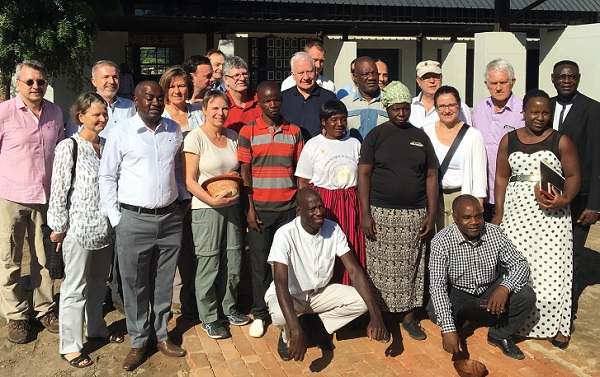 A German parliamentary delegation was in Namibia for three days this week to acquaint themselves with local conditions at community level, before moving to South Africa as part of their familiarisation tour of the region.

The delegation consisted of five members of the Budgetary Committee of the Bundestag, the German Parliament, and several other high-ranking German officials. Their visit focussed on the north-eastern regions’ bioeconomy of forest management and utilisation schemes, and the benefits derived for the local communities.

In the Rundu district, they visited the Nacumcara community forest, one of several in the two Kavango regions, to see how community members implement sustainable management practices to generate additional income at grassroots level.

In the Tsumeb district, they obtained first-hand information on the long-term economic and ecological damage of invader bush, but they also learned how various enterprises in the wood processing industry have turned this menace into profitable ventures. The delegation looked at bush eradication techniques on a private farm and the large-scale production of wood chips.

The German Government is supporting a programme to introduce innovative and climate-friendly technology for both bush harvesting and biomass utilization.

In Otavi, the delegation visited the Ohorongo Cement factory where they appreciated the use of biofuels in the factory’s kilns. Ohorongo, a German-owned enterprise, attaches great importance to energy efficiency and the utilization of renewable energy. Its sister company “Energy for Future” supplies wood chips as an alternative fuel for the factory.

In Otjiwarongo, they visited Makarra Bush Products where they met members of the Namibia Charcoal Association. Germany is an important export market for Namibian charcoal manufacturers.

Some 6,000 employees are working in the Namibian charcoal industry which utilises the lion’s share of all bush harvested for commercial purposes. Charcoal production has a significant impact on local communities, offering employment and direct benefits to harvesters.

Caption: The German Bundestag delegation at the new workshop and offices of the Nacumcara Community Forest near Rundu where they met and exchange views with members of the local community. (Photograph by the Kreditanstallt fuer Wiederaufbau)

Kenya prepares for COP21 in Paris