There seem to be two accepted ways of dealing with children’s exposure to violence. The first is to shelter them from it by insisting that they watch ‘My Little Pony’ until they are earning their own way. The second seems to be to just hand over the Rob Zombie version of ‘Texas Chainsaw Massacre’ and let them get on with filling their receptive little minds with gore.

I remember clearly the run for the bed when I was really small, and jumping on it in terror. Every decent bed has a monster under it. The AmaXhosas even have bricks under the legs of the bed so that the monster doesn’t bump his or her head.
We weren’t exactly wealthy, so that bed was a good old steel divan, a fancy name for one of those things with the hard, cold iron sides, painted natty iron grey, and the saggy metal chains. It lasted about forever, in its sensible, economical way. I was well into my teens before the money stretched to a wooden bed.
The monster caused a major amount of pain, always to my knees and shins, and sometimes to my head, when the jump went wrong. I inflicted my revenge on that monster by only tidying under the bed every now and then, and by nurturing dust bunnies in the hopes that it would get asthma.
However I do need to give credit where credit is due. That monster taught me a lot about conquering my fears. It was either that or breaking my legs and fracturing my skull. Monsters are important.
I read a piece a while ago, about the importance of fairy tales, particularly the Brothers Grimm. What the writer said, was that the stories take the child’s fears and turn them into stories. The child is better able to deal with the fears, because he or she can see them in the context of the story. The stories turn the fears into more than confusing things that hover just out of sight in the dark and shadowy parts of the child’s psyche.
This may seem strange, but the things a child fears are illustrated perfectly by the Grimms, for instance loss of a parent, rejection by a parent, a parent who becomes a monster or death and dismemberment by a parent. This may seem flippant, or witty if you are a horror fan like me, but parents can be scary creatures, especially when they have had enough of trying to cope with everything and the kid.
If this seems strange to you, bear in mind that the stories that you have most likely read have been sanitised. The older versions are far more gruesome. Before that there were yet more edgy versions. Originals of stories such as ‘Underneath the Juniper Tree’  and ‘Faithful Johannes’ would probably make Quentin Tarantino shudder.
That, of course, was once upon a time. What about now in ‘happily ever after’?
The item on fairy tales went on to mention a little girl who suffered insomnia but went to bed and fell asleep quickly when those Grimm stories were read to her. It turned out she was watching the news, and that kept her awake with worry.
Obviously, you should not let your children watch the news. But what else?
There seem to be two accepted ways of dealing with children’s exposure to violence. The first is to shelter them from it by insisting that they watch ‘My Little Pony’ until they are earning their own way. The second seems to be to just hand over the Rob Zombie version of ‘Texas Chainsaw Massacre’ and let them get on with filling their receptive little minds with gore.
I don’t think that either of these strategies is workable. In the first case, the child who spends time with the anodyne cartoons doesn’t confront any fears, even though they may exist, so there is a lot of unresolved conflict. In the second instance, the child becomes so bored by the routine of violence, that movies and games become utterly dull, and the child switches to buying gadgets in an effort to find some form of sensation.
So we get to the interesting point that the child has to be exposed to conflict, that the conflict will entail some form of violence, but the way the child is exposed has to be gradual. And finally, I begin to comprehend the reason for age restrictions, much as I chaffed against them as a kid, and much as they irritate me as a parent who wants a thrill, not ‘My Little Pony’.
Amazingly enough, children enjoy those fears, and that in itself is an eyeopener. Take a look at what they watch routinely on television. Even the monster under the bed would have second thoughts. 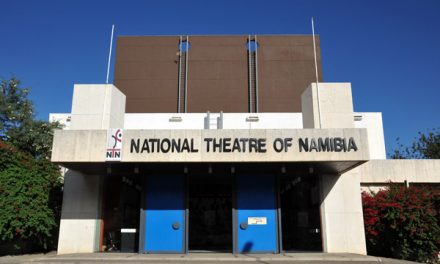 Afrikaans play to tackle passion killing at the National Theatre 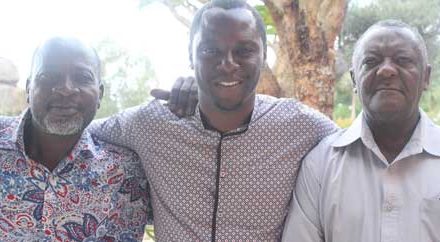