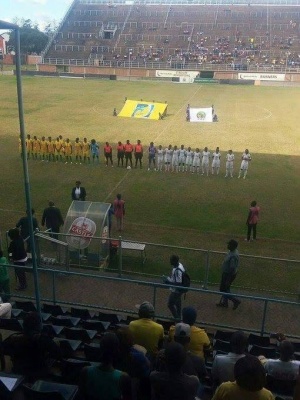 Namibia’s senior women’s team failed to progress to the next stage of the of the Africa Women Cup of Nations qualifiers following their loss to Zimbabwe on Sunday.

The Brave Gladiators lost 2-0 to Zimbabwe’s Mighty Warriors which sealed their fate as they lost 4-0 on aggregate to the neighbours.

It was a game of two halves with the visiting side putting pressure on the home side to try and get an early goal as Spain-based Zenatha Coleman caused some problems for the Mighty Warriors’ defence.

But the second half belonged to Zimbabwe who came back a more determined side to grab two goals through Emmaculate Msipa in the 74th minute and Mavis Chirandu in the 85th minute.

Namibia could have taken the lead as early as the 7th minute when Colemam’s effort from a free-kick went inches wide.

Coleman continued to haunt the Mighty Warriors but Chido Dzingirai was up to the task.

Namibia’s coach Brian Isaacs conceded defeat and said it was always going to be difficult for them as they were trailing Zimbabwe by two goals from the first leg.

“When we arrived here we had a mountain to climb because in the first leg we lost 2-0 and today again we created a lot of chances but we failed to convert them. Zimbabwe got a few chances and they converted them,” he said.

“Overall my team has performed well in Namibia there is no women’s league, so they are not playing in a women’s league so it was difficult for me to prepare the team. But overall our performance was excellent, it’s just that we failed to convert our chances. So good lucky to Zimbabwe,” he added. 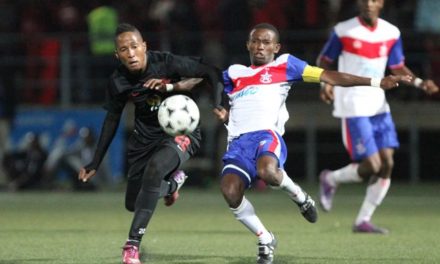