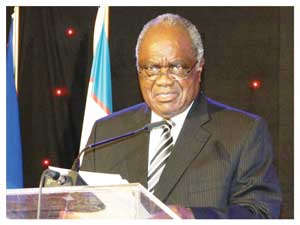 His Excellency, President Hifikepunye Pohamba was the keynote speaker at the fund raising dinner for the soon to be constructed UNAM campus in Keetmanshoop. (Photograph by Hilma Hashange)

The University of Namibia (UNAM) hosted a fund raising dinner for the construction of a UNAM campus in Keetmanshoop. The new campus is expected to open its doors in 2014. A UNAM campus in the South is seen as a pivotal development for the advancement of tertiary education in this marginalised region.
The University received approximately N$16 million worth of pledges, a pledge to build a library or a laboratory at the campus from Skorpion Zinc and N$2.8 million for bursaries for students to be enrolled at the campus.
Speaking at the dinner, Vice Chancellor, Professor Lazarus Hangula said that is would be ideal to have a fully fledged university campus in every region of the country to bring about equitable access to education. He said, it would enable everyone who can benefit meaningfully from university education to improve themselves and accelerate Namibia’s development.
“We acknowledge the Titanic effort of our government in funding UNAM to carry out its mandate of educating Namibians. However, we also realise that the government can not bear the responsibility of educating the nation alone. This is because government resources are over-stretched and the government can not provide quality education without the support of the industry and development partners, including those in the United Nations family,” he said.
His Excellency, President Hifikepunye Pohamba said that one of the tools to achieve the objectives set 22 years ago is the need for a strong, efficient and modern education system. It underscores the government’s reasons in identifying education as one of the most important priorities on the nation’s development agenda. To reinforce this view, the government consistently allocates the largest portion of the national budget to the education sector.
He also said the government established higher learning institutions motivated by the imperative of promoting human resource capacity building, skills development and the empowerment of its people especially young Namibians through education and training. In this regard, the government committed itself to ensuring greater access, equity and the provision of high quality world-class education to its people through its home-grown tertiary institutions.
“Yes, progress has been made, and I commend the leadership of the University of Namibia for their efforts over the years. However, I do also recognise the limitations that this institution has faced in its efforts to expand further in order to make tertiary education accessible to more Namibians by bringing educational facilities closer to the people, especially in the communities where they reside,” he said.
He said the construction of the new UNAM campus in Keetmanshoop will contribute significantly to  ongoing efforts to train young people and equip them with the necessary skills and competence for the modern labour market.
“Our government has invested significantly in our education sector over the years. We have put policies such as ETSIP and many others in place. We have continually sought to improve and strengthen the sector to deliver better results,” he added.
The Keetmanshoop Campus will offer courses such as Geoscience, Education, Management and Entrepreneurship, and Public Health.
Currently, the University of Namibia has 11 campuses in different parts of the country, the North, North-East, Centre and West. 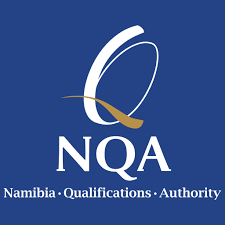 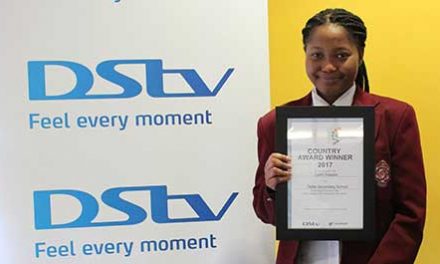 Dagbreek gets a sip of soda pop splash

New kid on the art block