Mother’s Day has been and gone, and I’m glad of the bit about it being gone. I spent a few moments, dutifully thinking of her, but that was all.
Here’s the horror story. The last time I spoke to her was on a Sunday night. I told her I would call Monday evening, but didn’t get an answer when I rang. A couple of hours later I got a call from the hospital in Walvis Bay. The fact that it was the hospital told me that things had gone wrong.
The woman asked me if I was sitting. At that point I knew, but I allowed her to break the news. Fortunately I was in shock, that moment of unreality that allows people to cope. The woman then told me that it was hot, and my mother wouldn’t smell good in a couple of hours, so I should make arrangements to have her body removed.
My mother would have laughed her head off to that snippet of conversation. Her mind was offbeat and her sense of humour was wicked. Maybe it was her last joke, albeit unwitting. I couldn’t laugh much. The night was a learning curve. First thing to do is to call the undertakers. Luckily they had an emergency number, though maybe it should be called an inevitable number.
I am in a sense grateful to the woman who broke the news. The way she broke it kicked my head into gear. I did not think about my mother moving on, rather about how people should actually be trained in what to say when the inevitable happens.
The week that followed was a learning curve as well, full of paperwork, arrangements, church, emotions, a fair amount of spending, strange dreams, keeping up with work that does not respect death, and occasional alcohol to deaden things a bit.
We held a post memorial gathering, with plenty of Irish whiskey as she was closely related to the Irish side of her. I asked for mustard sandwiches to be served, the Irish culinary reflection of the bitterness of death. The restaurant only had German mustard, but we ate the sandwiches anyway. She would have laughed at that irony as well.
I try to preserve the Mother’s Day tradition by helping my daughter as best I can to recognise her own mother, but the day has been dead to me personally since my mother moved on, a grim hole in my reality. The Halloween period and the Day of the Faithful Departed are a more fitting time to remember her, along with all the others on my list of dead.
Facebook doesn’t help much. The memes pop up, most filled with flowers, cakes and florid script fonts waffling something about love. They are barely balanced out by cynical posts about alcohol as a coping mechanism in the face of raising children.
The memes speak volumes in their emotional silence. They are the equivalent of using ‘HBD’ as a contraction for ‘happy birthday’, and using’ happy birthday’ instead of something that recognises the uniqueness and appreciation of the unique person.
Spending speaks volumes as well, in the form of its own emotional silence. Buy a platter of food, buy flowers, buy cake, take her to a hall full of other mothers, to eat and drink. Hope that the sacrifice of money and the exercise of duty is a suitable substitute for the emotion that is drowned out in the ritual and duty.
The rituals of the various days that highlight our calendars are barren, sterile things to me. Perhaps they were devised to highlight emotion, but they become swamped in weariness, and ostentatious spending, that was never the original intent. As I sit here and thing about it my perversity bubbles over. Perhaps instead of dragging mothers to halls full of other mothers it would be kinder to make the sacrifice by burning the money as a token of sacrifice, and allowing the poor dear to stay home and have a quiet day with the kids.
Handmade gifts seem important, but judging by their absence, time is more valuable, and shop tat is the way to go.
Mothers are about teaching and nurturing. In spite of my own mother’s passing, I still learn from her, so my gratitude for that. Thanks Mum. 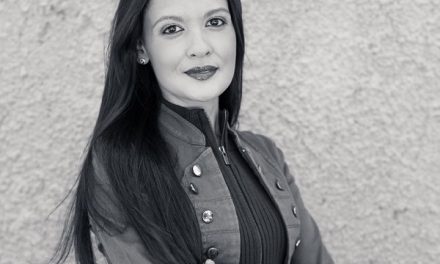 Civil Servants think twice before you blow that 9% pay rise