The newly lifted livestock export restrictions to South African have come with revised conditions.
The Ministry of Agriculture Water and Forestry revealed in a statement that livestock should originate from a Foot and Mouth Disease Free Zone and in a radius of five kilometres away from any farm under Rift Valley Fever infected zone during transportation.
The Ministry of Agriculture urged all livestock exporters to South Africa to contact their State Veterinarian for assistance. The revised live import requirements objected by the South African Feedlot Association have been suspended with immediate effect.
Official figures from the Meat Board showed that N$2.3 million was lost daily due to the export restrictions.
Exporters are required to obtain a permit from the South African Registrar of Livestock Improvement except if the animals are intended for direct slaughter.
Chief Veterinary Officer at the Ministry of Agriculture, Dr John Shoopala said in earlier talks to the Economist that the South African market is avoiding the risk of disease due to non-discrimination between non-breeding livestock, which is sent to abattoir, with Breeding stock posing a higher risk of spreading disease.

Shoopala noted that Namibian import permits are all-inclusive taking into consideration South African veterinary services have less manpower to handle an influx of weaners from Namibia.
New Standard Operating Procedure were suppose to be initiated after a meeting was held with the South African Red Meat Producers Association in June.
According to the Meat Board of Namibia only 435 head of cattle, 936 sheep and 28 511 goats have been exported from 1 May 2014 up to middle August, compared to 46 155 head of cattle, 37 146 sheep and 69 961 goats in the corresponding period in 2013.
“The Meat Board decided to support the livestock industry with exports to South Africa by making ten technical staff members available to the Directorate of Veterinary Services as field and laboratory assistants as soon as possible,” the statement read. The Meat Board will also supply financing for the compiling of dossiers for the International Animal Health Organisation to declare Namibia free from rinderpest (small stock), lung sickness (cattle), Rift Valley fever, brucellosis and tuberculosis. 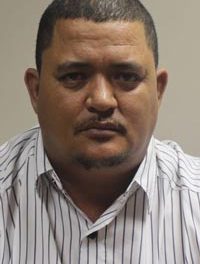