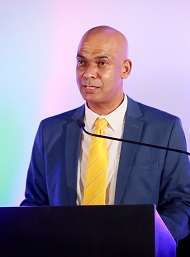 Smith accepted his nomination during the first SARA board meeting held this week. Smith will lead the association for the next 12 months.

The position is rotated among SARA member countries on an annual basis.

He takes over from BBR ,MD; Ms. Thembi Moyo, and will be deputised by TFR, CE, Ms. Sizakele Mzimela.

During his inaugural speech, the TransNamib CEO thanked the board for their confidence in his abilities adding that as an association they need to push the agenda of rail in the region.

“Railways need to evolve. Rail needs to achieve its full growth potential, to make it faster, more punctual, efficient and reliable. To achieve all that, rail services need to be customer-driven. This is the key for success in both freight and passenger transport. The corridors forms the backbone of the railway network and therefore it presents a major opportunity for railway operators to increase its market share.”

Smith added that the SARA secretariat will continue implementing the association’s strategic plan and liaise with all stakeholders to find new solutions to move the railways development agenda forward.

During his address Smith addressed the challenges facing the rail industry across the SADC region namely the inequity in terms of developing the infrastructure of the rail industry versus other modes of transportation. He encouraged members to focus on the opportunities at hand.

“We have a huge opportunity here to provide fast, safe, reliable, clean transportation in this country. Railways are an economic enabler – hence creating far reaching opportunities for economic growth.”
Johny M. Smith is at the helm of TransNamib as the CEO of the railway operator since 2018. He previously served as the CEO of the Walvis Bay Corridor Group (WBCG) and various roles within Namport and Telecom Namibia.

He has more than 29 years’ experience in the fields of telecommunications, logistics and transportation focusing on strategy, organisational and business development, marketing and project management.

His academic qualifications include a B Comm degree, MBA and various other courses. He is currently serving as a Commissioner of the National Planning Commission, President for the Southern African Rail Association (SARA), and Vice Chairperson of the WBCG. 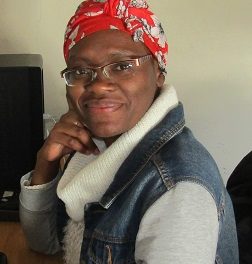