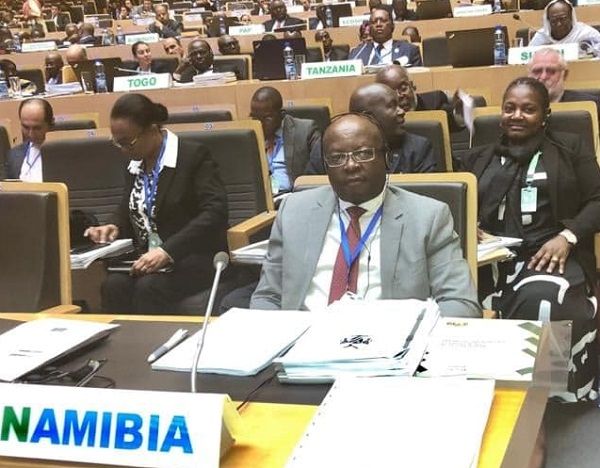 A Namibian delegation comprising six ministers is on its way to the Ethiopian capital, Addis Ababa, to attend the 33rd Ordinary Session of the Assembly of Heads of State and Government of the African Union starting this Sunday 09 February.

In a statement issued by Namibia’s Permanent Representative to the African Union and Ambassador to Ethiopia, Ambassador Emilia Mkusa, the Namibian delegation is given as the Vice President, Dr. Nangolo Mbumba, Hon Netumbo Nandi-Ndaitwah, the Deputy Prime Minister and Minister of Foreign Relations and Cooperation, Hon Calle Schlettwein, Minister of Finance, Hon Penda Ya Ndakolo, Minister of Defence, Hon Dr Itah Kandjii-Murangi, Minister of Higher Education, Training and Innovation, and Hon Obeth Kandjoze, Minister of Economic Planning and Director General of the National Planning Commission.

The theme of the 33rd Ordinary Session is “Silencing the Guns: Creating Conducive Conditions for Africa’s Development.” This is one of the Union’s flagship projects, adopted by Heads of State and Government as an integral part of the implementation of the African Union Agenda 2063.

The summit is also expected to discuss, amongst others; the report on the implementation of the AU Theme of the Year 2019 on Refugees, Returnees and Internally Displaced Persons; the outcome of the regional consultations on financing the AU Peace Fund, and the report on the progress on the operationalisation of the African Continental Free-Trade Area (AfCFTA) and its secretariat. 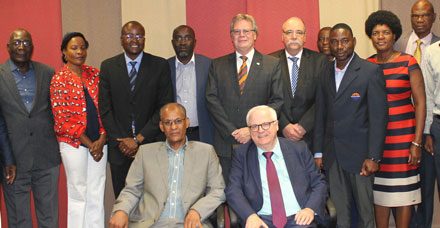