“The Namibian delegation informed the Angolan delegation about the private sector’s full control over the Namibian downstream monopoly, and in view of this the Government is creating workable mechanisms to change the situation.”
The local oil companies are in for a nasty surprise, or to be technically correct, the Namibian subsidiaries of international oil conglomerates will start feeling the pressure as our government begins a process of gradually trying to gain control over the downstream oil business.
The quote comes from the official minutes of the recent meeting between the Angolan Ministry of Petroleum and the Namibian Ministry of Mines and Energy, as released earlier this week by the ministry.
The minutes provide a very brief window into protracted discussions which, according to my information, had far more intent and depth than so superficially conveyed by the official account.
These discussions dwelt, amongst other less important issues, on the construction of a storage terminal on Namibian territory with an invitation to the Angolan government to become a partner. As a counter point, Namibia’s participation as a partner in an oil refinery in Lobito and in an unspecified refinery in Soyo, was also discussed in some detail although, according to the minutes, the Angolan minister told his Namibian colleague any such consideration will have to wait until they [the Angolans] have finalised the deal with the existing partners.
The working agenda for the talks covered four areas i.e. Crude Oil and Refining, Cooperation and Crude Oil Supply, Construction of a Storage Terminal, and finally, Negotiations on the Memorandum of Understanding. Although each discussion point is briefly covered in the minutes, the fine detail is lacking. The most important outcome of the meeting is the fact that the two governments are working on the draft for a Memorandum of Understanding that will capture all the government’s petroleum aspirations. the MoU will reciprocally create a commercial space for Angolan government participation in the local upstream oil industry.
What does one make of the statement I quoted at the introduction. Does our government see oil companies as “The Enemy”? Is the Namibian downstream oil industry a monopoly? Is it the intention of the government to acquire a stake in this “monopoly”, similar to Epangelo in the mining industry? Or is it perhaps just an innocent case of a severe lack of command of the English language?
For me as an outsider to the wheelings and dealings in the oil business, the broader picture that emerges is one where we are going to build refineries, by hook or by crook. The immediate supplier of crude will be the Angolan government although I am not fully informed what the relationship between the Angolan government, and the American oil companies is. Perhaps, the amount of crude oil we will want is so insignificant, that the Angolans will graciously supply it out of their quota for domestic refinement. I do not know the answer to these questions, I only pick up on the very determined undercurrent that Namibia is going to built a storage terminal for crude, and that we shall run our own refinery. The background noise reveals a faint yearning that we will still be successful in finding our own oil, or at least the prospecting companies will be, and then it is only a matter of some subtle squeezing to ensure that part of that crude is refined onshore.
According to my definition of “monopoly” the local downstream industry is definitely not one. There are several players but they are all foreign, and I guess in the eyes of the local beholder, the fact that it is not government-controlled, makes it a prime target for acquisition. As far as upstream goes, it does not exist in Namibia, not yet, in any case. But I am sure if oil is finally (eventually) discovered, going by the stated intentions, our government would love to control that as well.
I do not think there is anything wrong with government having its own stake and own say in the oil industry. It goes against my Keynesian grain but if ownership of a vital industry helps with development and job creation, I will not oppose it. My concern stems from the fact that bureaucracies, ours included, are not fit to manage large private sector entities. This is best left to the experts while the government is supposed to determine the regulatory and fiscal environment.
This is however, not how I hear and understand the intentions that surface from the meeting. I think the industry [downstream] has to prepare itself for more meddling, and partial “nationalisation” of some kind. When upstream materialises, I think it is a given that our government would then like to capture it and turn it into a real monopoly ala Angola. 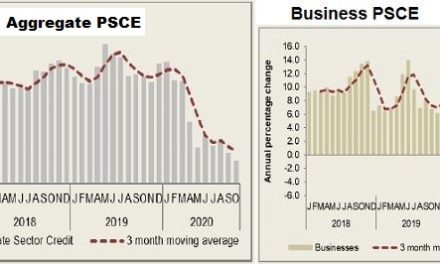