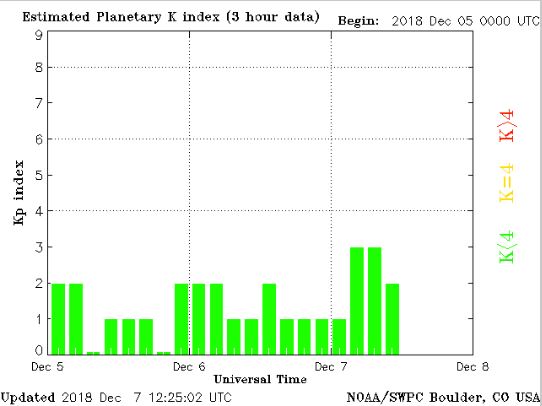 Over the last twenty years, the pivotal role of the sun in earth’s climate has developed into an independent scientific discipline, popularly referred to as “space weather.”

The sun is much more than just a source of visible, light energy. The coronal holes that regularly develop on its surface send out streams of electromagnetic energy which scientists now realise, has a major impact on weather and on the stability of the earth’s crust.

Similarly, so-called sunspots, areas of strong polarity on the sun’s surface, eject massive amounts of magnetic energy which tend to interfere with satellites, and disrupt anything electric or electronic on earth. Coronal mass ejections are often the culprit behind the breakdown of electricity distribution networks, and navigation systems used for flight control.

The earth itself is one huge magnet as testified by its polarity and the north south orientation of its energy field. But it has only fairly recently been realised that the sun’s magnetic force has a very substantial impact on the earth’s magnetic shield.

This so-called magnetosphere protects the earth from the sun’s harmful radioactive energy, blanketing the high energy particles that follows in the stream of any solar ejection. So when the sun’s activity is low, the magnetosphere is also low. It is a reciprocal relationship in which the sun is the dominant player.

Although there is very little agreement in the scientific community, it is suspected that low sun activity leads to extreme conditions on earth, and temperature is just one of the variables.

A while back, Australia suffered extreme heatwave conditions. For the past four weeks it was southern Africa’s turn although the past week was slightly milder than the previous three.

This is usually explained by the thickness of the atmosphere through a process called diabatic compression. But because of the endurance of heatwaves over the past few years, it is now believed that the thickness of the atmosphere is only one element that causes extravagant heat. The other is the sun, but not when its activity is elevated. Temperature extremes are linked to weak sun activity as is currently the case, and the strength of the earth’s magnetosphere is a convenient proxy to determine the level of sun activity.

It is obvious that in summer temperatures must be higher. This is axiomatic because the sunshine hours per day are more, but in summer there are other weather factors such as particle density, moisture, cloud formation, and wind strength that moderate local temperatures through their combined effect.

Nevertheless, southern Africa has been experiencing a blisteringly hot early summer, not easily explained only by the thickness of the atmosphere, and the accompanying visual shows just how calm the magnetosphere is. This is the result of unprecedented low sun activity and has been the case for more than a month.

This week, local weather was a continuation of the previous week’s conditions with little change in the overall picture. The South Atlantic high remained offshore with only a limited inland effect, and then restricted to the sub-continent south of the Orange River.

This was also the second week that the South Atlantic high was weaker than the southern Indian high and that lower pressures were present across almost the entire sub-continent.

The only exception was the strong system that crossed the Western Cape on Thursday and Friday, indicating just how much the southern half of the region’s weather is still controlled by a weather pattern that is essentially a winter pattern.

The outer rim of the South Atlantic high has a brief impact on Saturday and Sunday, leading to somewhat cooler nights up to about Grootfontein but the days will still be very hot.

There is an area of significantly lower pressure over northern Botswana, Namibia’s Zambezi region, southern Angola and Western Zambia.

This lower pressure area also has a thicker atmosphere hence the afternoons in Namibia’s north-eastern quadrant will be blistering.

Airflow over the western half of the country will be predominantly south-west, and northerly to north-westerly over the eastern half.

No rain is expected over the weekend except for Kavango East, Bwabwata and Zambezi. The interior may at times be very windy, especially at night.

For next week, rainfall prospects remain bleak for the entire country, even for the Caprivi. Heatwave conditions return with a vengeance on Monday and will continue through Wednesday.