The Government Institution Pension Fund, (GIPF) says it is in the process of looking at ways in which members will have increased funeral benefits among other envisaged changes.
Elvis Nashilongo, Manager of Marketing and Corporate Communication at the fund said they are currently amending rules of the fund in a move that will see increased funeral benefits for members.
He said: “ It is important to manage the expectations of members by avoiding giving an impression that the fund has a lot of money. As the fund grows, liabilities are also growing correspondingly. We are therefore required to manage this equation. “However, we have been busy with the process of rule amendments which once completed will result in improvement of benefits such as funeral benefits for our members. It is also proposed that our pensioners be included in this benefit category.”
Nashilongo added that the housing loan facility, announced last October, through which the GIPF will stand as guarantor for housing loans from commercial banks, is still under discussion. He is optimistic about this move as “there has been interest from all key stakeholders to make this proposal a reality.”
GIPF’s current market value is estimated to be around N$51 billion, although the last audited financial results for the year ending 31 March 2011, put the fund’s value at N$44.5 billion.
As at 31 March 2011, the fund had an active membership base of 87,000 while the number of annuitants or members drawing benefits from the fund on a monthly basis stood at 49,000. The benefits paid to members amounted to N$1.33 billion for the year.
At the last valuation date in 2009, GIPF’s ratio of assets to liabilities stood at 105%.
“This funding level is sound and healthy and it shows the fund’s ability to cover its liabilities. However, it should be noted that a pension fund is a long term scheme, this calls on trustees to be vigilant and prudent in managing the assets.
“Liabilities of the fund are ever increasing and hence the need to continue reviewing investment policies and strategies in order to meet these liabilities. “In this view GIPF has adopted an Asset/Liability Model (ALM), a mechanism that projects our investments into the future. In the end trustees would have a binocular view of the future as far as the ability to cover future liabilities, is concerned.”
The fund has invested in a number of investment classes with equities making up 69% of the total portfolio.
Nashilongo added: “The geographical spread of our investment is done in line with regulations. The current structure is 37% invested in Namibia, 33% in SA, 5% in Africa and 25% in international mandates.  “Changes in the structure is considered in view of market conditions and in line with regulations. Certainly, the Eurozone economic condition has an impact on all institutional investors and GIPF cannot be an exemption. This is not only because 25% of our portfolio is invested in international markets but more so because domestic as well as regional economic activity is to large extent affected by the Euro crisis.” 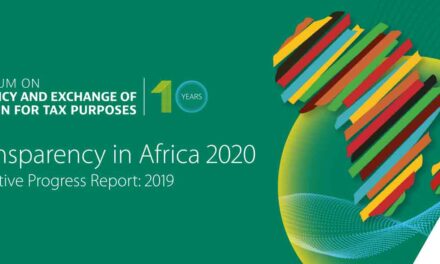