Labour movements must work for a common vision

Labour movements such as National Union of Namibian Workers (NUNW) and the Namibia Public Worker’s Union (NAPWU) amongst others, are adviced to have a common vision about the kind of society Namibia should become. According to former NUNW Secretary General, Peter Naholo, advocacy is the sole provocative concept that defines a trade unionist. Affirming the core principle of any labour movement, he quotes “an injury to one is an injury to all!” adding that unless this core principle is nurtured in the trade unionist, the transformation ability and the commitment to unite and advance the workers agenda will be very low.
In a contribution piece to the Workers Struggle, titled Rebuilding Labour Power in Namibia: an agenda-action for reshaping the future, Naholo stated that benefits such as overtime pay, workers compensation, pensions, and salary increments, did not come by the good work of political lobbying but by the courage of union leaders who mobilized the workers to stand in solidarity. He urged union leaders not to allow this type of courage to run out.
Naholo further maintains that the pattern of conducting union business should be based on the socio-economic aspects pertaining to the political situation prevailing and on the policies and commitments of the labour organisation. “At the moment, from the look of things, it seems that the labour movement has lost the nerve to take a principled stance on issues affecting the workers. In other words, the ‘fire’ that should burn inside a trade unionist has been exchanged for the comfort and allurement of political benefits gained as a result of being elected into trade union leadership positions.”
Home ownership is a fundamental right of workers and all citizens, therefore Naholo says all efforts must be made to achieve this goal within the earning capacity of the workers. Regarding poverty, Naholo says that as long as it exists, the nation will not have peace and happiness at heart.
He pointed out that excuses given as to why the TIPEEG initiative is not being implemented are simply bluffs by politicians to justify their lack of capability and political will to implement pro-poor projects. He lashes out at the Medium Term Expenditure Framework (MTEF) saying these plans have never been fully accomplished and calls for the labour movement to push this action agenda forward. Naholo says more attention should be given to set up enough technical institutions and facilities for training and retraining of the workers in view of the rapid advancement in technology. He urges the government to engage with the labour movement in fighting this battle.
Furthermore, Naholo insists that the labour movement policy on the economy should be dictated by the fact that labour is a primary factor for the nation’s economic growth and it has a right to spell out it’s stand on all economic issues. He says the involvement in drafting of the national budget is very vital to this effect.
He is of the opinion that Vision 2030 is an empty dream but still believes that the labour movement  is better placed to steer the industrialization of Namibia towards a fully industrialized country through encouraging small and medium industries to grow. Naholo reiterates that labour the movement must focus on uniting and strengthening workers and stop protecting the corrupt leaders in the country. 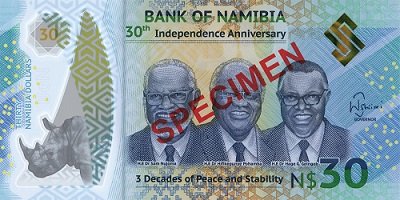 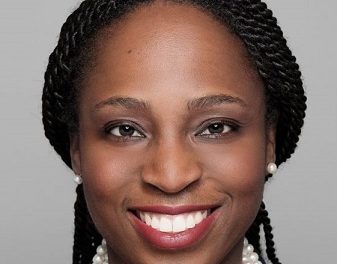