The private sector came out in strong support of the road safety campaign with almost N$2 million in sponsorships from more than 20 companies. The current road safety campaign officially started on 16 November and runs until 16 January next year. The Motor Vehicle Accident Fund, as coordinating partner, conducted an alcohol screening intervention at the police checkpoint on the Windhoek Okahandja road. Hosted by the Fund in collaboration with the Namibian Police and the Windhoek City Police on Sunday, during a brief two hours, three drivers were arrested for driving under the influence of alcohol. The police used the opportunity to do spot checks and found three vehicle not roadworthy, one unlicensed vehicle, one without number plates, two with unauthorised headlights and one with a speedjammer. The owner of this vehicle was fined N$4000 on the spot. A total of 117 drivers were screened during the two-hour intervention. Shown here, are all the officials and officers of the Namibian Police, the Windhoek City Police and the Motor Vehicle Accident Fund who participated in the exercise. (Photograph by Noriene van Wyk) 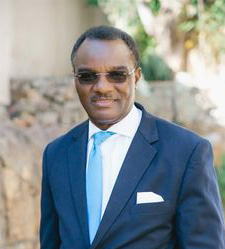