The definition of reserve funds and its method of calculation is a sore point in the medical aid industry. This week a leading medical aid fund told the Economist the way reserves are determined, is arbitrary and counterproductive, preventing funds from growing their membership base, or from redistributing reserves to members to reduce the impact of medical inflation.

As the Medical Aid Fund Act prohibits the Namibian Financial Institutions Supervisory Authority (NAMFISA) to divulge information on medical aid funds regarding membership, total annual premium income and reserve levels, the Economist caught up with Gert Grobler, Principal Officer at Nammed Medical Aid Fund to get to the crux of what is taking place in the industry.
Since reserves are a NAMFISA requirement that ensures the future sustainability of the fund and to cater for potential and escalating medical costs incurred by members, Grobler said “ there is no Statutory reserve level. The Regulator has a recommended reserve level calculated at 25% of contributions.”
According to Grobler, the Regulator recognises that this percentage is not supported by any analysis of risk or any other rational basis.
“The industry has for the past three years requested the Regulator to provide a basis for reserve percentage and an explanation why the reserves are calculated as a percentage of contributions and not as a percentage of claims which is a better reflection of potential future claims,” he added.
“Nammed has built reserves in a steady and controlled manner from 1.5% at 31 December 2007 to 19.9% at 31 December 2014. The actuarial analysis and projection for the year ended 31 December 2015 as presented to the Board of Trustees on 29 July 2015 projects a reserve level of 24.4%,” he said.
“On 31 December 2014 the fund’s assets of N$61 million exceeded the liabilities of N$18.6 million by 229%,” he said.
According to Grobler, though all this is happening there is no risk to any of the members of the fund. “The fund has been in constant engagement with the Regulator since the reserve rebuilding began in 2008. The only requirement beyond normal statutory reporting is that the fund provides monthly management accounts to the Regulator,” he said emphasising that the position of the fund is healthy and sustainable.
“For the 2015 financial year a 1% contribution was budgeted for reserves. Ultimately all surpluses, whether from underwriting or from investment income, become part of the accumulated reserves of the fund,” he said.
Currently Nammed covers 5,659 principal members but Nammed was not prepared to state what fee the fund’s administrator, Paramount, charges the fund for administration services.
In terms of liabilities, Grobler said the fund is more than able to meet its liabilities to its members and there is some concern that the reserves are unnecessarily high in comparison to the liabilities of the fund.
“Unfortunately the Medical Aid Funds Act precludes the return of any surplus to members so surplus reserves can not be distributed,” he added.
The fund’s independent actuaries provide four quarterly review reports in which the performance for the year is analysed and measured against the budgeted performance.
“The annual pricing and benefits review which is used to determine the contributions and benefits for the following year is completed in late September in line with other Namibian medical aid funds.”
“The actuarially predicted reserve level at 31 December 2015 will be 24.4% which is only 0.6% below the arbitrary 25%,” he said adding that a reserve level in excess of 25% will be attained by 31 December 2016 with no drastic remedial interventions. “This reserve level will be achieved through budgeting for a 1% contribution to reserves for the 2016 year.”
In the meantime, Grobler said, the Fund will follow general market practice and adjust benefits to recognise increasing costs of medical services. 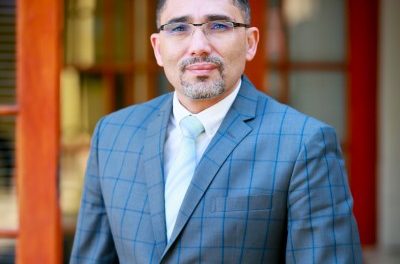