The ITB Berlin is one of the biggest travel exhibitions in the world, which kicked off at the Messe Berlin on Wednesday and will conclude on Sunday.

Zelna Hengari, Managing Director of NWR said the Namibia Tourism Board (NTB) who are responsible for marketing Namibia as a travel destination must be commended for the excellent work, they have done this year.

“They by far exceeded all our expectations and ensured that we could leave our mark and I believe that by the end of the fair we will leave with a considerable amount of business,” she added.

According to Hengari, since Germany contributes to the bulk of European travellers to Namibia, it is a must for Namibia to never miss an opportunity to make further inroads into the market. “For instance, 97056 Germans visited Namibia for holiday purposes in 2017,” she said.

ITB allows NWR to present its latest offering at the world’s largest fair in addition to affording it with a platform to gain insight at the emerging trends within the tourism industry, the fair is from the 6 to 10 March.

Meanwhile at the same event Namibia’s tourism industry struck gold at ITB Berlin tourism trade fair as it was awarded the Best Destination Safari and Wildlife at the Pacific Areas Travel Writers Association (PATWA), on Thursday, at the ITB Berlin in Germany.

The Minister of Environment and Tourism, Pohamba Shifeta in a statement Thursday said the nation is humbled and privileged to have been recognized and honoured with the award.

The Minister in his acceptance speech gave main credit to the women and men in the rural areas who for them living with wildlife means striving for balanced land use and a healthy environment.

“Game does not need to be eradicated from a landscape because it may pose a treat to crops or livestock but can be integrated with other rural livelihood activities,” he added.

Shifeta said the award could not have come a better time than now, when the country is battling to control poaching of rhinos and elephants.

Caption: The Minister of Environment and Tourism, Hon. Pohamba Shifeta with H.E Andreas Guibeb, Namibian Ambassador to Germany, at the ITB Berlin awards were Namibia was honoured with the Best Destination Safari and Wildlife at the Pacific Areas Travel Writers Association accolade. 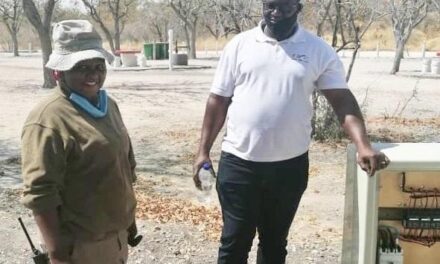 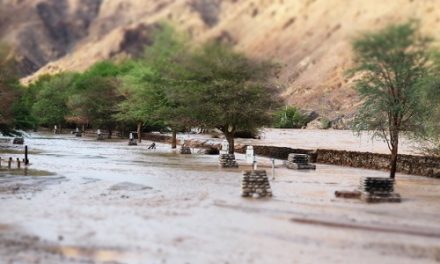 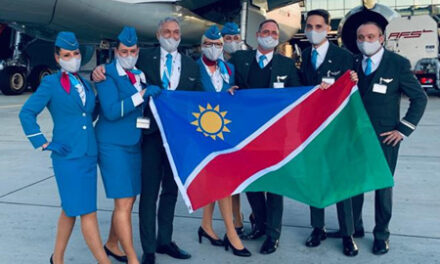