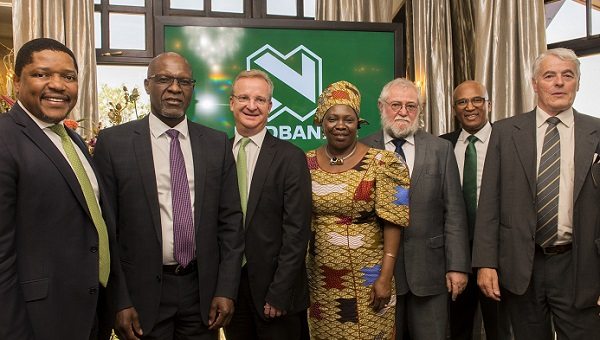 Nedbank Namibia is the banking group’s largest and most important subsidiary outside South Africa, said Group Chief Executive, Mike Brown when he addressed a business meeting in Windhoek earlier this week.

About the group’s structure, Brown explained that they control and operate banks in southern and East Africa under the Nedbank marque but in central and West Africa, they are represented through their 20% shareholding in Eco Bank.

Nedbank Namibia’s Managing Director, Lionell Matthews, told the meeting “It is our responsibility as business leaders in the private and public sector, to take hands and find the best way to charter through these times. It will not be easy, but doing nothing about the situation now will only catch up to us later. We are here to assist the public sector, as the growth of our economy is also our responsibility. We owe it to the future of our country.”

The meeting was attended by the Minister of Finance, Hon Calle Schlettwein and the Minister of Mines and Energy, Hon Tom Alweendo. Brown’s visit to Namibia also included a meeting with Bank of Namibia Governor, Ipumbu Shiimi.

Brown’s visit and his subsequent address to the local business community, focussed on the relationship between the banking industry and the government. Citing their experience in South Africa, Brown said “a stable economy rests squarely on the foundations built by a stable government. The next thing that plays out is greater levels of business confidence which leads to investment that in turn, is a primary catalyst for higher levels of growth and job creation.” 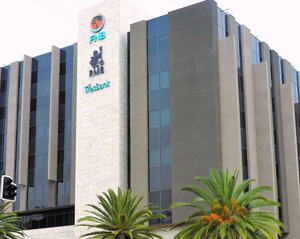