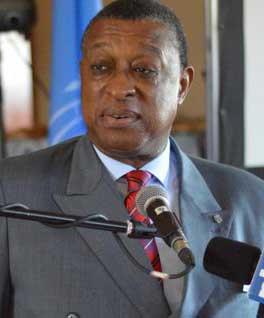 The meet will take place on 24 and 25 April in Windhoek and will look at the regional dimensions and linkages of this region.

According to Dr Jean-Pierre Ilboudo, UNESCO Windhoek Head of Office and Representative to Namibia in a statement the overall aim of the programme is to consolidate present expertise of the NLMs to promote tolerance, diversity and unity as well as to combat stereotypes and discrimination.

Ilboudo said the meet intends to regenerate the shared cohesion across borders that evolved during the struggles for independence, to create awareness of the citizens’ shared heritage and therefore to strengthen a regional identity.

The meeting will bring together diverse experts reflecting and discussing on the liberation movement in a broader regional context, starting the Phase 1 of a proposed project on National Liberation Movements Heritage Programme.

Meanwhile, at this stage the meet intends to develop new resource material on National Liberation Movements in the SADC region, namely Angola, Mozambique, Namibia, South Africa, Tanzania, Zambia and Zimbabwe, filling the gap in existing material that is not incorporating a regional perspective on the independence movements.

The resource book will revolve around the following guiding themes: Transnationalism and regional integration; the importance of a strengthened regional identity to combat discrimination and xenophobia; the role and contribution of women, the church and labour unions to the NLMs as well as a reflection on youth then and now to make them aware of their highly valued generational engagement in the NLMs.

The new NLM resource material will be made accessible to a broad audience in the SADC region, including schools and universities, parliament and government as well as regional organisations and the public.

An eatery with a difference

Lawyers learn to spot corruption at a mile