Carson McCullers said ‘the dead demand a double vision’. Actually it is death that wants to be seen through multiple lenses. On the one hand, it is touted as curable, if only we can live long enough. On the other hand is the ultimate cure for all our woes and ills.

One of the subplots of Neil Gaiman’s ‘Sandman’ cycle of graphic novels involves a character called Hob Gadling. In modern English, that becomes Robert Gadling. Gadling, by his own choice, is granted immortality by Dream’s sister, Death, in a wager between the personifications of Dream and Death.
The mechanics of the plot device involve an agreement between Dream and Death, and a slow friendship that emerges between Gadling and Dream over the course of visits every century.
The interesting thing about the story is that Gadling does not become wiser, instead makes new and different mistakes as the centuries pass. Perhaps that particular conceit is part of the genius of Neil Gaiman, though I have seen it with less emphasis elsewhere.
The idea of immortality is a strand that drives through popular culture throughout the ages, from the Wandering Jew to Nicholas Flammel, beloved of the alchemists and lately Harry Potter fans, all the way through to the present day with Anne Rice’s Vampire chronicles.
Typically, immortality is associated with some evil or personal deficiency, yet this presentation smacks of the same sort of salaciousness that accompanies the phrase ‘sex is dirty, and I counted every pubic hair in this smutty magazine to prove the point’. The fuss proves that it is of interest. If the idea didn’t hold any attraction in the first place, like the boundlessly optimistic fashion house that tried to launch skirts for men in the Seventies, the sort that didn’t look like kilts, nobody would think twice about it.

On the one side of the coin, there is the silent but vast majority of naysayers. There is an army of researchers who are industriously earning their living working on ways to prolong life with stem cells of whatever origin seems feasible, and tinkering with genes on Friday and Saturday nights, when they really ought to be out mixing with people. And there are the vast armies of underweight, gymmed-up health freaks seeking to grasp those few extra years, even if it does mean a lifelong diet of lightly steamed leaves, vigorously chewed one hundred times, served with unflavoured water.
On the other side of the coin there are the dour fanatics who offer after-life rewards of timeshares on choice beaches in heaven for acts of fanaticism that inevitably end in the death and destruction that religions set out to put an end to in the first place. And there are all the other researchers, the kind who have now proven that vitamins can actually shorten your life considerably, alongside everything else you can swallow, breathe or do. Carson McCullers said ‘the dead demand a double vision’. Actually it is death that wants to be seen through multiple lenses. On the one hand, it is touted as curable, if only we can live long enough. On the other hand it is the ultimate cure for all our woes and ills.
And all of this depth gets lost in the vast numbers who make up the statistics that rivet us to the news, morning, noon and night.
It seems there is no right or wrong, or no absolute in the equation, just an endless question that loops round on itself. And all of this means that, in spite of theology or science, well-meant or otherwise, the only measure of the significance of death or its desirability is extremely subjective and personal.
If anything, humankind’s approaches to and beliefs about death are a consolation for those who remain behind. Although I believe and hope there is something more, I still don’t want to have to deal with it, especially not when it happens to myself or someone whom I love.
I’ll make no bones about it, pardon the pun. Although it seems inevitable, I’m one of those people who want to live forever, or at least as long as possible, albeit without the gym and the austere, joyless diet. As I feel now, there is still far too much to see and do, and people to smile at, right here where I am.
There are far too many interesting mistakes for me, like Hob Gadling, to make and learn from. No need to want to hurry onwards on the next great adventure. 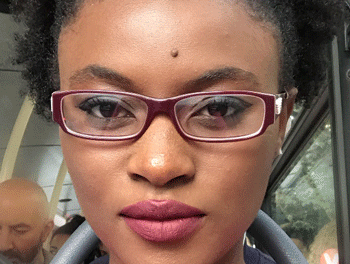 What does it take to start a business?

Does only your grandmother or a burglar still need cash?