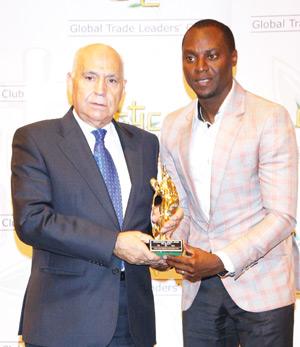 MTC this week scooped an international quality award, presented in recognition of its efforts to enhance the quality and excellence of its services.  The award ceremony took place in Paris on Monday evening. The award was conferred by the Global Trade Leaders Club in recognition of MTC’s commitment to quality and excellence.
The Club said MTC was granted the award based on a review by the Club, members since MTC [is viewed] as market leader in its industry and having demonstrated leading global standards of quality in its operations.
Accepting the award on behalf of the mobile operator, Chief Human Capital and Corporate Affairs Officer Tim Ekandjo said, “MTC intends to use this powerful network not only to their benefit but to all like-minded companies in Namibia who wish to do business or collaborate outside of Namibia. This way we allow others to benefit through us.”
During a presentation to the Global Trade Leaders Club, Ekandjo focused on marketing Namibia as an investor friendly destination highlighting the peace and stability that prevails, the abundance of natural resources and the excellent road and telecommunications infrastructure that makes Namibia ideal for foreign investment.

The Global Trade Leaders Club is an international association that has been created exclusively to promote trade relations amongst companies across the world. The Club encourages the highest degree of collaboration between its members.
Global Trade Leaders Club Secretary General, Ricardo Roso Lopez, said that the International Europe Quality Award recognizes and heralds the struggle of all companies across the world to fight for quality. “It gives special recognition and distinction and it is internationally recognized as a coat of arms of exceptional quality to those receiving it. Enterprises from over 30 countries were awarded this prestigious award of quality this year, and they will carry it with them [indelibly] linked to their names and trademarks.”
Commented Ekandjo “MTC intends to use the powerful network of the Global Trade Leaders Club not only to own immediate benefit but also to the benefit of all like-minded companies in Namibia who wish to do business or collaborate with other members of the Club.”

Of the thirty companies that were recognised by the Club’s quality awards, only three are from the Southern African Development Community. The other two are AMB Ltd from Mauritius and Mais Saude LDA from Mozambique.
MTC is the first Namibian company to receive this award. At the award ceremony in Paris, MTC was formally inducted as a member of the Global Trade Leaders Club. 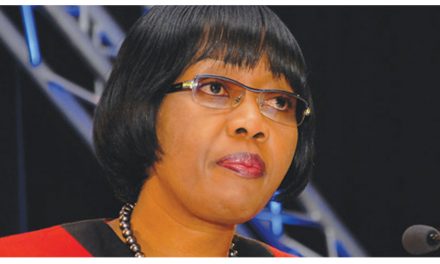 One Africa TV on GOtv 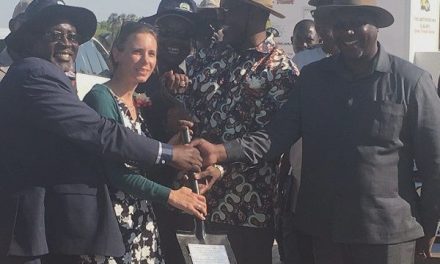