Namibia markets about 350,000 head of cattle every year of which roughly 60% is exported live on the hoof while the remaining 40% is slaughtered locally. That statistic does not do anything to change the experience for the cattle themselves. Those that are slaughtered in local abattoirs enjoy a rather short trip compared to the almost 1600 km two-day trip the majority has to endure. In fact, this trip is so stressful to the animals they lose about 7% of their body weight during the ordeal.
Regardless of where they get killed, the process is very similar in all abattoirs. The animals are usually offloaded a day before slaughter. They spend the day and the night in pens just outside the slaughterhouse where they can relax and replenish water. Early the next morning they are forced through a long narrow passage at the end of which is a small cubicle with room for one animal only. There is a set of doors between the passage and the cubicle. Once inside this small pen, the animal is swiftly stunned and killed by driving a mechanical spike into its forehead. It then gets hoisted up by the hindlegs with chains, the main artery in the neck is severed and the carcass continues suspended upside down along a processing line where it is first disembowelled, then skinned and finally dismembered. During this process, all scientific indications are that the animal is dead and thus blissfully unaware of what is about to happen.
But the cubicle where the animal is first stunned is not tight and although there is a channel to remove the blood, lots of it get spilled. The inside of the killing cubicle is usually a rather bloody, dripping affair. The stench of the fresh blood fills the air, and can actually be smelled several metres away. The cattle outside in the passage smell this, and no small upheaval ensues. They bellow, lower their heads, some try to turn back and others try to jump the barrier. Often there are some fairly serious injuries to the cattle outside because of the mini stampede.
Some weeks later, a fancy middle class woman in a European country enters her local supermarket. On the shelves in the meat section lie row upon row of the most beautiful, light pink, closely trimmed steaks – all tender, without blood, well packaged and well presented. Its looks so nice, she just want to buy them all. The steaks are pricey, but that evening she has a group of her husband’s business friends over for dinner, and she buys each invited guest, his own steak. Later in the evening she gloats in all the congratulations, everybody telling her how wonderful the steaks are – all tender, juicy and delicious.
We cull between 200,000 and 250,000 head of game, mostly springbuck, gemsbuck and blesbuck every year. In this case, the unsuspecting animal is languishing at night in his or her familiar surroundings in the veld. The only concern is to beat the other males to the females in his turf. Everything is peaceful and quiet. Suddenly the engine of a powerful truck roars, a sharp, blinding light penetrates the darkness, the animals’ eyes shine brightly, and paff paff paff, a few shots later, six, seven, eight, or even more, of the herd are lying in their own blood with life slowly flowing out of them. The truck comes closer, all the animals’ throats are slit, and then latched to hooks on the side of the truck. Fifteen minutes later, the process repeats itself. Back at the homestead, the animals are slaughtered, quartered and put into cold storage. The next morning they will all go on a big truck to the biltong factory where a variety of cuts and products will be taken from each carcass. And all this happens so that Africans can satisfy their insatiable hunger for biltong. We export a very small volume of the game to South Africa and Europe but that is only for the eyeblind. The biggest part we turn into biltong and a very significant part of that ,we eat ourselves.
Now let us extend this same scene to the coast. There are four or five major seal colonies along our shoreline. There are dozens of smaller ones but they have the tendency to form and to dissipate according to conditions and population demand. The number of animals in the large colonies fluctuate significantly from as low as 150,000 animals around June/July, to as much as 600,000 by the end of October.
At Cape Cross, for instance, there may be over 800,000 individuals at the peak of the season.
The colony is a chaotic, cacophonic, stinking, bickering, squealing, murderous affair. Huge bulls fight and bite. The long scars on their necks are testimony to this aggression. They chase the cows and in the process, they trample the pups flat into the sand and the rocks so that their eyes pop out and their guts spill out their rear vents. The dead pups rot just there where they have been trampled while life in the colony continues. From this huge number of animals, we will cull about 80,000 this year. The impact is insignificant.
In an effort to bring some rationality to the distorted, emotional debate the anti-seal lobby wants to force on us, I have told you the three stories above. You decide where the biggest wrongdoing lies. 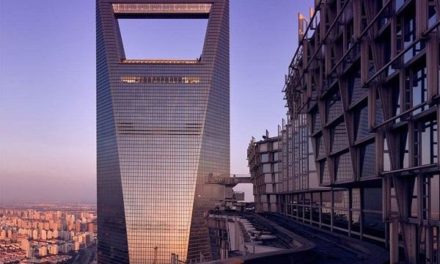 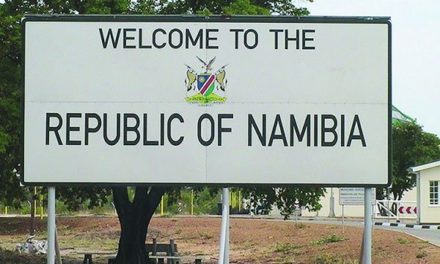 Twenty years after Andrew Young built the now-defunct ostrich abattoir, he is back with business friends