Due to the positive business impact that the Namibian Annual Music Awards (NAMAs) had on the town of Swakopmund, the business community wants the awards showpiece to be hosted again in Swakopmund next year, according to a study conducted after the last event, confirmed Tim Ekandjo, NAMA Executive Chairman.
Ekandjo said,“We wanted to understand which industries benefited the most and we interviewed different players in the hospitality, transport, accommodation, car rental, restaurants, convenience stores and SME sectors to understand whether they did indeed experience positive growth during the NAMA 2014 weekend, and we were not surprised that all of them expressed the same positive sentiment.” Lucas Nghitaunapo, Manager at the Swakopmund Rest Camp said they accommodated 300 people during the time of the event and he estimated their profit to have been N$116,100. “We really made enough profit, thanks to the awards and it also helped us market our services through word of mouth as we continue to receive clients referred to us by those who slept here,” added Nghitaunapo. Clinton Lang, Managing partner at West Coast FM, said the radio stations listenership increased during the awards as popular musicians from Windhoek showed up for live interviews. “We want the show to come back again next year, because it shows they care about our town and the upcoming musicians here who need exposure,” said Land.

Ekandjo thanked the people of Swakopmund and the entire Erongo Region for having hosted a successful event that they can be proud of. The organising committee has already started planning for the 2015 event and will engage all interested parties as they have less than three months before they call for the 2015 entries. The Swakopmund Municipality contributed the provision of accommodation to all nominees and some crew members which amounted to N$200,000 and the event is estimated to have raked in more than N$3 million with the beneficiaries being the business community in Swakopmund. 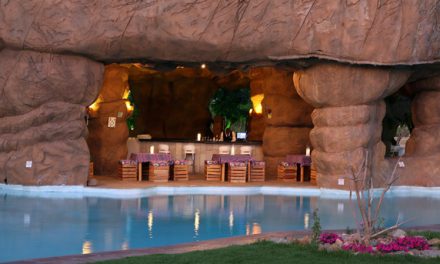