Prospective graphite producer Next Graphite announced that it was granted clearance to conduct an environmental impact assessment on its Aukam property, situated approximately 200 kilometres from the Port of Luderitz.
A consultative meeting held in Keetmanshoop on 24 July 2014 proved the essential gateway for the prospective graphite producers. Next Graphite has a preliminary approval pending the final clearance from the Environmental Commissioner to move into its development and exploration stage on its Aukam mining asset.
Cliff Bream, Chief Executive Officer of Next Graphite said, “Our team of geologists and our Country Manager submitted a concise and detailed plan to the ministries of any and all environmental impact.”
“As a result, the general public and representatives in attendance had no objections, concern, or comment on our Environmental Impact Assessment to commercialize our graphite mine asset. As reported by our Country Manager, Mulife Siyambango, the officials and local residents are eager to learn of our progress at our mine and the benefits that can come to the local economy as a result. We are accelerating our move into the development and exploration stage at a number of identified areas on our property we expect to be rich in natural flake graphite.” Bream said.

Element 12 (Canada) was appointed and will help steer Next Graphite through the Environmental Impact Assessment phase. The start of a preliminary economic analysis study will conclude testing of the tailings. Planning of a small scale processing plant will ensue immediately thereafter. Plans are afoot to ensure that the most basic processing equipment can successfully imported within the span of three months. Next Graphite anticipates bringing the mining project to life within a span of two years with a definite production target of 2,000 tonnes of graphite production.
Preliminary results obtained have indicated the presence of a high-grade graphite content which have sparked the need for a pre-economic plan. Three major tailing heaps on site are estimated to hold approximately 180,000 tonnes of graphite bearing rock, the company recently reported upon completion of its first phase of preliminary tests of the Aukam project. The second phase of preliminary tests was launched in May 2014. The Aukam mine was commissioned in 1940 and is to date the first and only mine to have produced graphite in Namibia. The mine was in production until 1974 when production ceased following a fire incident. In its prime, the mine produced approximately 2674 metric tonnes of graphite in 1966. 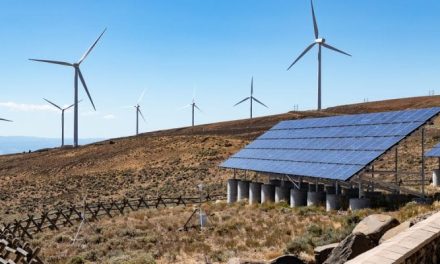 Namibia is poised to become the renewable energy hub of Africa