The area off the west coast of Namibia which will be mined for phosphate should have been studied in detail to provide baseline conditions. Rod Braby, coordinator of the Namibian Coast Conservation and Management (NACOMA) project, says this has not been done and most findings presented in the environmental impact assessment report for the Sandpiper project are from desktop studies using insufficient or extrapolated data.
The Sandpiper project is based on a marine phosphate deposit situated about 60km offshore and 150km south of Walvis Bay in water depths of 180-300m. Recently, the developers of the project submitted an environmental impact assessment (EIA) report to the Ministry of Environment and Tourism. In the report, no significant environmental issues regarding the marine component were  found
However, conservationists have cried foul saying that the project poses a threat to the country’s fisheries industry as it could result in a loss of habitat, impairment of food chain functionality, possible release of hydrogen sulphide into the water column, removal of typical spawning and feeding grounds and interference with fish behaviour.
“The mining will affect the whole marine ecosystem, with the exact “expenses” to the industries that it supports unknown but expected to be considerable. The fishing industry is extremely worried about the ecosystem effects that will affect our productive Benguela system off Namibia,” said Braby.
The Confederation of Namibian Fishing Associations says the industry considers the Sandpiper project a serious threat without a rigorous EIA based on well researched data. “This is a first time marine mining project, not only for Namibia, but for the world, and what we currently see with the draft EIA is a lot of mainly desktop research data from studies by other organisations, most of which is not based specifically on the mining site.
“We believe it is in fact dangerous to draw conclusions from results out of completely different areas and from different activities such as marine diamond mining. And what we see from the EIA’s general conclusions is that mining impact is generally moderate to low. How can the report define what is moderate or low without good on site data to substantiate conclusions?,” said Silvanus Kathindi, chairman of the confederation in a statement.
Environmental scientists of the National Marine information and Research Centre (NatMIRC) also raised concern over the time frame in which the EIA was conducted. “The tight timeline of six months to submit an EIA clearly influenced the quality of the report submitted as a draft EIA, as it is impossible to conduct a complete EIA for an activity of that nature, which is the first in the world, within six months. This development is the first of its kind in the world and the potential impacts on the marine ecosystem and fisheries need to be clearly identified before the project can go ahead.
“This is not possible within a six month period as very little data exists from the MLA (Mining Licence Area) . There is at present no previous experience worldwide with such a project at this scale and very little biological and ecological information is available in the MLA (with the exception of commercial fishing),” the scientists said in a report.
A study done on the fisheries sector by Capricorn Fisheries Monitoring, a South African based fisheries consultancy and management company, states that the overall impact on the fishery sector is considered to be negative and of medium to low significance. Of the main commercial fisheries, the monk-directed trawl fishery will be the most impacted, the report states.
It further states that “dredging will potentially cover a significant portion of the historical monk trawling grounds (13.8 % of the Mining Licence Area) with a displacement and mortality of the resource in the target mining sites. The hake trawl and longline fisheries will also lose fishing grounds although this is unlikely to happen in the first phase of dredging in the SP-1 mining area.”
In a recent interview with the Economist, Chris Jordinson, managing director of UCL Resources, said the developers of the Sandpiper project has found no significant environmental issues regarding its marine component.
“No significant environmental issues pertaining to the marine component of the Sandpiper project have been identified to preclude the dredging of phosphate-enriched sediments from the mining licence area No.170 in the environment impact assessment (EIA) report submitted to the Ministry of Environment and Tourism recently,” said Jordinson.
He however, added that the stakeholders have identified numerous management and mitigation strategies for the various project aspects and potential impacted areas.
Minemakers owns 42.5% shares in the Sandpiper project, while Union Resources Limited own 42.5%. Local partner, Tungeni Investments owns 15.0%. The joint venture agreement was signed in 2008 to jointly develop the companies’ respective and adjacent Meob and Sandpiper marine phosphate projects.
Once operational, the project could produce 3 million tonnes of marketable rock phosphate concentrate per annum. The Ministry of Mines and Energy awarded the joint venture partners with a mining licence for a period of 20 years. 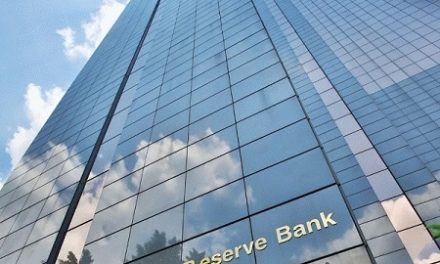 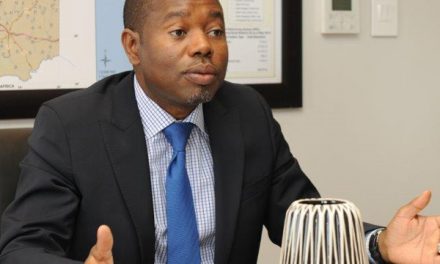