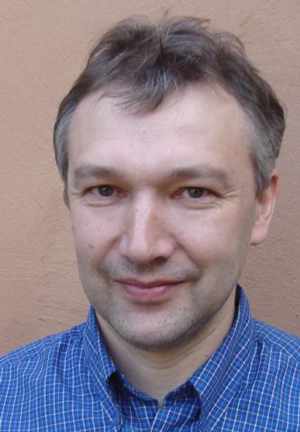 The Institute for Public Policy Research (IPPR) has been identified as one of the most transparent think tanks in the world, according to a survey released today.
Transparify, an initiative which advocates for greater think-tank transparency worldwide, has awarded the IPPR a maximum possible five star rating – making the IPPR one of only 21 transparency leaders out of a total of 169 institutions assessed.
The IPPR is the only institution in Namibia that is rated “highly transparent” and one of only two in all of Africa.
Earlier this year the IPPR was rated among the top 50 leading think tanks in Africa in the 2013 Go To Global Think Tank Report, published by the Think Tanks and Civil Societies Programme at the University of Pennsylvania. The IPPR was listed in 38th position on the Top Think Tanks in Africa ranking – the only organisation from Namibia to feature. The IPPR is an incorporated association not for gain in terms of Namibia’s Companies Act. The Institute is governed by a board of directors currently consisting of: Monica Koep (Chairperson), Daniel Motinga, William Lindeke, Graham Hopwood, Ndiitah Nghipondoka-Robiati and Justin Ellis. Further details on the Transparify rankings are available at http://www.transparify.org. According to New York Times, the Transparify ratings are “a first-of-its-kind survey of the world’s most prominent research organisations” which has already caused major ripples in the think-tank world.

Transparify stated the IPPR had shown “exemplary transparency” and was “setting the gold standard for the field as a whole.” In early 2014, Transparify reviewed the websites of 169 think tanks in 47 countries to find out whether they provide information on who funds them and how much they receive from each source. The IPPR, which publishes its annual audited accounts online, was found to give full disclosure of its donors and the amounts received by the Institute. Over the past three years the IPPR’s main donors have been the Embassy of Finland, the European Union, Freedom House, the British High Commission, the Canadian Fund for Local Initiatives, the United Nations Development Programme, Afrobarometer, the Hanns Seidel Foundation, FES (Friedrich Ebert Stiftung) Media, the World Economic Forum, the Old Mutual Group, IJG Securities, and the Netherlands Consulate. The IPPR believes that financial transparency boosts the credibility of a think tank’s research findings and policy recommendations. The issue has become a controversial one in countries such as the US where research bodies styling themselves as ‘independent’ have sometimes been funded by corporate and other interests seeking particular policy shifts.
Since its inception in 2001, the IPPR has operated independently from political and commercial interests. All research projects are undertaken on the basis that IPPR researchers are able to arrive at their own findings and conclusions without external interference or pressure from funding partners, official agencies, political groups or commercial interests. The IPPR believes that this is the only way that it can achieve its mission to deliver analytical, critical and constructive research on social, political and economic issues affecting development in Namibia.