Namibians enjoy mistrust and fear of unfamiliar people. If you read a bit of Namibian history you will see that this is an old national characteristic that stretches back hundreds of years.
Independence put a dent in that as we realised that we had something that belonged to us all. Immediately after Independence there was a definite trend towards Namibianisation, and the surge of patriotism, before we could all settle back into a state of comfortable, but milder, distrust.
The post-Independence scenario was a new marketing platform. Retailers and services found fertile new ground in the absence of the artificial divisions. The divisions are mainly economic now: who has the money to spend. Money is a great way to level the playing fields of perception.
The reduction in the divisions however applies mainly to Namibians and does not incorporate newer arrivals, particularly Asians and Angolans. The simple test of this is to ask around. There is a new distrust, a fear of the influence of our new guests. The main fear is loss of jobs. The secondary fear is poor working conditions. If you ask the question about the distrust, it is also worth asking how the individual is actually affected by the claims that are perceived to justify the distrust. More often the distrust is unreasoned, sensed but not as a result of specific incidents.
The question that has been playing though my mind is how we should approach and absorb our new arrivals?

There are two reasons why we should.
Firstly, a large part of history consists of a series of migrations between cultures. These are normally based on trade, although invasion was very common in the past. These migrations bought behavioural change with new goods and resources, but they also transferred knowledge and attitudes.
This is a phenomenon which relates to diversity. Without the evolution of behaviour through goods and knowledge, the diversity of a recipient culture is reduced.
Secondly, from the economic point of view, as the number of individuals in a market increases, growth of the market increases.
Although this may seem obvious, it seems easy enough to ignore the fact that the additional consumer means additional cash flows for enterprise. These cash flows can be further strengthened by creating an environment which is understandable and conducive to transactions.
Taking both these factors a step further, closing off avenues with mistrust and suspicion is counterproductive to the economy as well as to cultural diversity.
In my own opinion, Namibia can profit economically and culturally by taking measures to absorb Asians, Angolans and others.
The primary barrier is language obviously. Without the confidence to converse neither party in a transaction can be comfortable, so initiating the transaction will be avoided until it is absolutely necessary.
The second barrier is the phenomenon of cultural and language comfort zones. The phenomenon of a member of one cultural group associating with a member of the same cultural group to the exclusion of another cultural group.
Some progress has been made, particularly with Portuguese which is becoming very evident in media. Others remain a difficulty, particularly Mandarin and Korean. In discussions, it has also been pointed out to me that Asian cultures have a strong underpinning of cultural homogeneity that is difficult to relax.
The responsibility however cannot rest solely with Namibians, and new arrivals would do well to open up to new influences and begin to learn Namibian languages and understand behaviour as well.
The negative perceptions will subside with the passing of years, but the idea is a bottom line proposition. The first companies to deal with the challenges adequately will win the cash flow. On this basis it should be able to put aside fear and distrust and begin to consider the new consumer culture of Namibian markets in years to come. 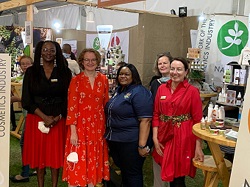 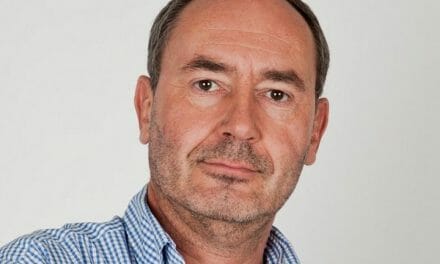