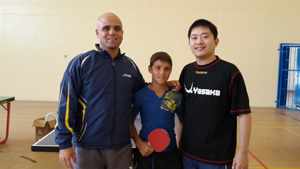 The Namibian Table Tennis Association (NTTA) kicked-off its long-term youth development programme with a three-week intensive training camp led by Chiang Lin, owner of Tony’s Table Tennis Academy in Cape Town.
The camp aimed to improve the skills of young players and to identify talent for international events, like the Zone 6 Games next year in Namibia.
At the same time, former professional Shane Obermeyer helped to prepare the senior national team for the world cup in Japan.
Afterwards Lin said “I was amazed at how passionate and committed the participants are. Some had to travel vast distances to attend the camps. Everybody was very much focused and I really enjoyed that a lot.” He said he is willing to commit himself to the development programme should he reach an agreement with the NTTA.

During the training camp, Lin, concentrated on basics like movement and footwork as well as controlling the ball, a key aspect of the game, since table tennis is one of the fastest ball games in the world. “In table tennis, one has a reaction time of about 0, 3 seconds. It is important to control the ball, in terms of placing it where it needs to go. Combining it with good movement and footwork allows you to have more time between ball exchanges. Speed will follow naturally,” Lin explained.
He also trained the young players to help train one another by placing good balls during various aspects of training. This way, his students become their own teachers and help each other better every time they go out and play, Lin said, adding that this was common throughout professional table tennis. “Even the Chinese, currently ranked number one in the world, have team members that supply their compatriots with the ball during training.”
The training camp was sponsored by HRS Consultants CC, Saunderson & Company and Sunflower Travel & Tours. 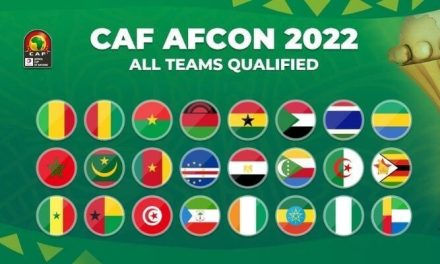 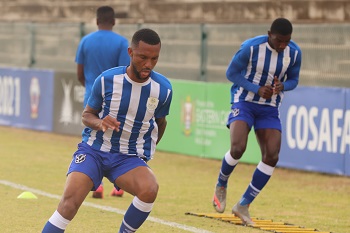