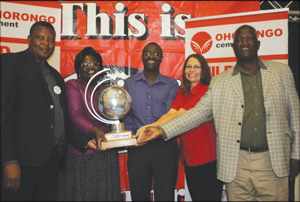 “Sport is a great platform to use for the upliftment of the youth in the community and Ohorongo fully supports this venture, believing that this is the way to identify and develop talent and Namibia’s future sports heroes,” said Hans-Wilhelm Shuette, Managing Director of Ohorongo Cement at the launch of the annual Namibian Newspaper Cup 2014.
Ohorongo Cement decided to support the venture because of the proximity of the plant to Tsumeb and the fact that many Ohorongo employees are residents of the copper town, to support the promotion and development of the youth by using sports as a platform amongst others, a statement released by the company said.
Representatives from 14 regions covering the length and breadth of the country will slug it out over 28 matches in the hopes of being crowned the Namibian Newspaper Cup winners. The winning team pockets N$30,000 and the runner-up walks away N$15,000 richer.

Namibia Football Association (NFA) Secretary General Barry Rukoro, the Deputy Minister of Youth and Sports, Hon. Juliet Kavetuna and the Editor of The Namibian, Tangeni Amuphadi were on hand to receive the sponsorship.
Concluded Schuette, “We are happy to hear that the Ministry of Youth and Sports also committed to supply transport to the teams to Tsumeb to enable them to participate. We trust that this year the defending champions, Otjozondjupa will make use of this opportunity to again defeat the other regions. We hope they will make us proud.”
The matches take place over the Easter Weekend when the Kunene Region takes on the Zambezi Region at the Oscar Norich Stadium. The teams will battle it out over three days upon which the tournament progresses onwards from the group stages. The final is scheduled for Easter Monday and the national team will make an appearance, taking on a shadow team. 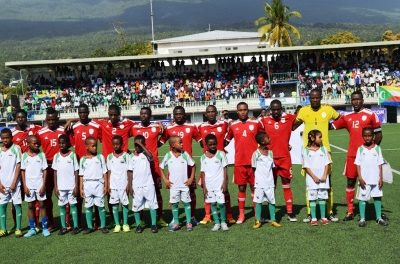 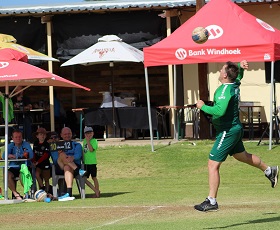