The Directorate of Forestry in the Ministry of Agriculture, Water and Forestry has started with the implementation of its Forest Protection and Conservation programme throughout the country.
One of the activities being carried out in this programme is the protection of forests from veld fires. “We mobilise the community and create awareness about the dangers of forest fires and invite the communities as well as the line ministries to assist in order to extinguish the uncontrolled forest or veld fires where ever and whenever they may break out,” said Junias Endjala, Chief Forest Technician at the Ministry of Agriculture, Water and Forestry of the Directorate of Forestry in the Hardap Region. He said that in the past, the ministry used its own staff to fight these fires, until they realised that it was too challenging as the staff knew little about the affected areas, not being based in those communities. Therefore the Ministry decided to engage the community and get it more involved to stop such uncontrolled fires.  “We decided to involve the communities more and came up with an initiative that will benefit both our environment (the forests) and the communities.

We decided to temporarily employ members from the community as watchdogs.” “These people have been identified with the help of the councillors in their respective constituencies in the areas where such fires commonly occur. These identified community members are responsible for informing our offices whenever there is an outbreak of a fire, and they will also mobilise the people within their area to extinguish the fire,” said Endjala. He further said that the Ministry of Agriculture, Water and Forestry will remunerate these people to a tune of an amount as to be determined by the Directorate of Forestry. They will be paid for the period of fire outbreaks, which is usually from April to November. They will also receive payment regardless of whether there were fire outbreaks or not. “By doing so, we are trying to encourage the people to do their job, regardless of whether there is a fire outbreak or not during the potential fire-outbreak season. As long as they do their job, they will get paid,” Endjala said. Last year, the ministry – with the help of councillors – identified ten individuals who will join the project; however these people could not be paid because it was the end of the fire season, so it was difficult to say whether they had worked or not. “We have to have a meeting with these identified individuals. We have to give them training on how to extinguish the fires as well as how to mobilise other communities. We would also like to tackle the Gibeon constituency, because this is where we have been experiencing a lot of fires over the past three years. The aim is to first pilot this programme in Gibeon to see how effective it is; then we can extend it to the rest of the region,” he said. According to Endjala, some areas in the country started using a method called fire-break lines, also known as fire cut-lines. Fire cut-lines are 15m-wide paths or lines acting as a barrier to slow or stop the progress of forest fires. Endjala said that it is difficult to create a fire-break line in Hardap because it is a mountainous area; however, the ministry decided to test the method within that region in the coming financial year. “Our office is extending a request to the community to discourage people who start these veld  fires. Uncontrolled fires not only destroy the vegetation and pasture but also cause the death of humans and animals and destroys property. Once we found six telephone poles as well as two electricity poles destroyed by veld fires in Hardap; so communities should look at this problem of veld fires as a serious issue,” Endjala concluded. 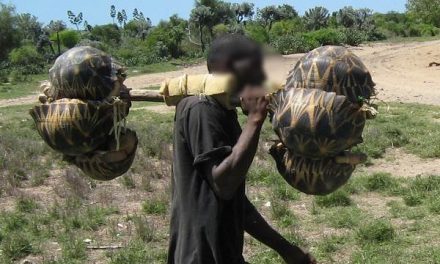 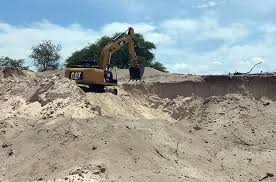