Empowering informal and microenterprise is necessary 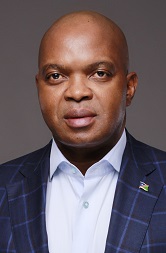 By Jerome Mutumba,
DBN Head of Marketing and Corporate Communications.

The recent focus on empowering informal and microenterprises is a necessary affirmation for the further development of Namibia’s economy. Development of new market spaces, as well as ongoing management of and upgrades to SME parks as good omens for the future.

An examination of Namibia’s recent enterprise history shows three broad origins of enterprise start-ups. The first is the local start-up, typically an informal or registered, regulatory-compliant micro-enterprise. The second is a South African adjunct, an enterprise that complements the South African parent. The third, rarest form is an international start-up.

Of the three the informal or formal micro-enterprise is arguably the most productive for Namibia. A survey of large Namibian enterprises points to the local, micro origination of many of Namibia’s best-known brands and companies.

The roots of the successes and sustainability of these enterprises lie in their small, relatively low-cost beginnings, and the persistence of their owners in learning, adapting, and diversifying. Thus, by example and inference, to develop large, economically significant, and sustainable Namibian enterprises, a wide base of informal or formal micro enterprises must be fostered.

The economic value of informal and micro enterprises becomes more apparent when evaluated according to current development needs.

Firstly, the informal enterprise is a major employer. Recent findings by the International Labour Organisation (ILO), as reported in the Namibian newspaper on 6 September 2022, show that 56% of Namibia’s workforce is employed in the informal sector. According to Tangeni Shindondola, Director of the Dynamic Informal Traders’ Association (DITA), as reported in the Namibian newspaper on 15 February 2022, the informal enterprise becomes an employment provider in the event of retrenchments.

Secondly, the informal enterprise is known to be a sole form of income for many households, or augments household incomes, particularly where those households are in poverty or on the verge of poverty.

To reap longer-term benefits from the informal and micro-enterprise sector, activities need to be viewed and planned in four phases.

What is obvious is that the process of growth of informal and micro enterprises requires support and inducements.

A first inducement is a welcoming approach to start-ups. This requires liberalization of the regulatory environment for informal enterprises and the removal of early barriers. Although regulation is required, that regulation should be exerted gradually, post-start-up on the basis of impact on the community as well as the level of activity of the informal enterprises.

A second phase will be required to induce the formalization of the informal enterprise to become a fully-fledged micro-enterprise, including full regulatory compliance.

The shift from informal enterprise to registered microenterprise entails costs that must be offset, including taxation and regulatory costs. To reduce the immediate burden, the enterprise will be required to grow, which will come at an expense. This can be offset with short-term bridging finance for stock and regulatory costs, and longer-term mezzanine finance to grow the asset base. This might be paired with concessional interest rates and the use of assets financed as collateral.

What is also apparent is that formalization requires an augmented skill set to manage finance in a borrowing environment, as well as administer the regulatory aspects. This can be addressed with mentoring and coaching of the type envisaged by the Bank of Namibia’s SME Financing Strategy.

What is implicit to a policy that nurtures informal and microenterprises is the need for a suitable agency to administer and coordinate finance, and mentoring and coaching.

The further benefits of an agency of this nature are that it will set the standards for services, and act as a control against predatory providers of microfinance. In addition, it may become a reference point for conducive regulatory practices. Finally, it may become a repository of knowledge and a brains-trust for the informal and microenterprise sectors.

Development Bank of Namibia, by design, is intended to finance large enterprises in the first place, as well as SMEs. It does however provide finance through its Apex microfinance facility for qualifying microfinance providers. In this way, the Bank currently complements the development impact of micro-lenders.

As much as Namibia’s future depends on policy-based lending to finance renewable energy, serviced land, affordable housing, and young entrepreneurs, it will also need to develop policy-based stimulus for informal enterprises and microenterprises.