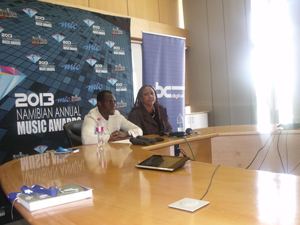 Tim Ekanjo, Executive Chairman of the NAMAs and Umbi Karuaihe-Upi, Head of Corporate Affairs at NBC announcing when and where the NAMAs will be held this year. (Photograph By Mandisa Rasmeni)

Music awards to be held in Swakopmund’s Indoor Sports Centre

Tim Ekandjo, Executive Chairman of the Namibia Annual Music Awards (NAMA) announced this week that for the first time in the history of the awards, it will not be held in Windhoek but in Swakopmund at the Indoor Sports Centre. The NAMA Executive Committee opened the gates for all towns in Namibian to bid for the chance to host the NAMAs because “the NAMAs are not only for Windhoekers but for the whole of Namibia” said Ekondjo.
The NAMAs will be held on 02 and 03 May 2014. The NAMAs committee decided to hold the awards over two days since they realised that, holding it in one day makes the event too long. Ekandjo said this also plays out very well “because it will be a long weekend befitting to celebrate music through the lens of our country’s rich history.”

The tickets become available next week on 25 February giving the public enough time to purchase their tickets. Another novelty for this year’s Nama is seat reservation. “When buying their tickets the public can even choose which seat they want to sit in. The standard tickets cost N$250 and the VIP tickets cost N$500, there will also be 400 tickets that the NAMAs will give away for free to people less fortunate, schools and organisations that they think deserve free tickets.”  Ekanjo emphasised that all nominees are expected to be at the awards otherwise they will forfeit their winnings and that the NAMA committee will also provide free transport, accommodation and free food for the nominees. Therefore there will be no excuse for them not to be at the awards, he said. Umbiroo Karuaihe-Upi. Head of Corporate Affairs at the NBC, urged the public to pay their TV licenses which helps the NBC show them important events like the NAMAs, which will be broadcast live. 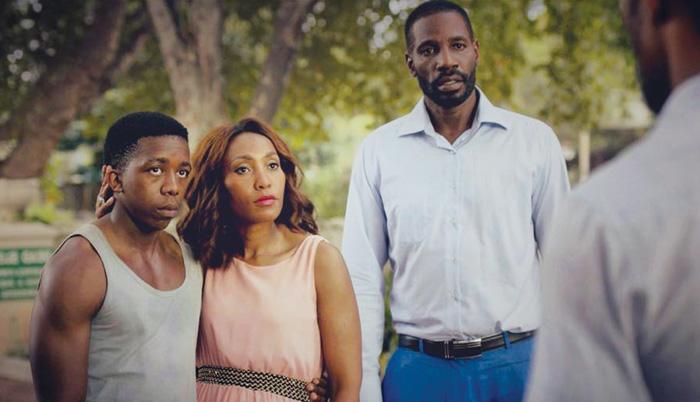 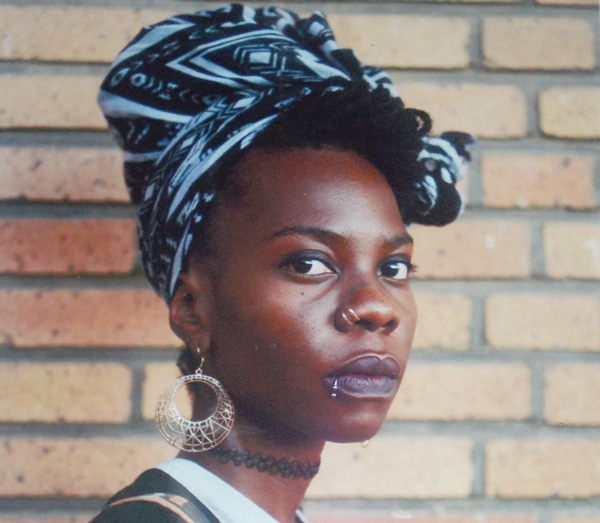 The Politics of Black Hair Exhibition 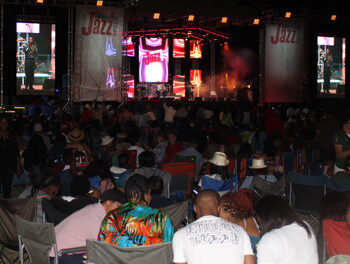