What Happened
This week it was Tsumeb’s turn to play host to stormy conditions as the eastern side of the town was pelted by a heavy downpour and accompanying storm wind. Afterwards light rain continued for most of the day as well a during the night, the next day, Tuesday, and during Wednesday. But 10 km away from the epicentre of these conditions, only minor falls were recorded.
This pattern is typical of the development of rainy conditions in this season so far. While overall conditions are much better than the same time last year, there is still an observable high pressure control in the upper layers, i.e. above 35,000 feet.
This presence inhibits convection, the second most important requirement for cloud formation, after moisture.
Looking at the unfolding synoptics since last week Friday, the descending air pattern that was stationary over Hardap and Karas, causing the excruciating heat of the previous week, has shifted eastward, now sitting more or less above central Botswana.

While low pressures continue over most of the southern African subcontinent at surface level, in the alto levels around 44,000 feet, a very prominent inflow from the south is present, leading to the suppression of convection at that level.
In other words, the inflow of colder, denser air, advected from very far south near the Antarctic circle, has a dampening effect on cloud development in the surface and middle air layers.
This is witnessed by the scattered thunder shower pattern, as well as by the overall disappointing amount of precipitation that actually reaches the surface.
The surface layers show the typical pattern of low pressure over the interior, with the resident Atlantic high pressure cell doing what it is suppose to do.
The moment it slips past the Cape on its perpetual eastbound journey, it becomes the engine that drives the anti-cyclonic circulation over the sub-continent. This mechanism is intact and functioned this week as it should.

What’s Coming
The Inter-Tropical Convergence Zone, the ITCZ, sits prominently across southern Africa at an east west line more or less on the border between Owambo and Angola, stretching all the way to the east as far as the Mozambican Channel where another dominant low pressure system is developing. This system with its cyclonic circulation, advects deep layers of moist air from the Indian Ocean, across the continent, up to the Congo and Angola airspace.
The season is ripe for the ITCZ to move south, crossing the border and coming into our airspace. Hence, light and scattered rain is expected to continue over the weekend, being more prominent in the northwest and central interior than in the south.
While the Pacific Ocean remains in neutral, near-range conditions have improved markedly which should lead to a wet week next week for most of the interior, with scattered falls east of the convergence line from Ruacana to Aroab. 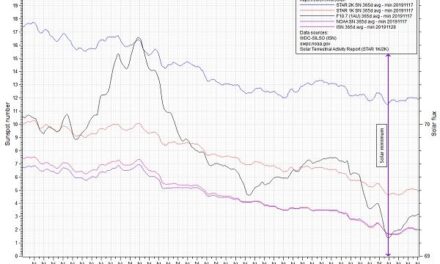 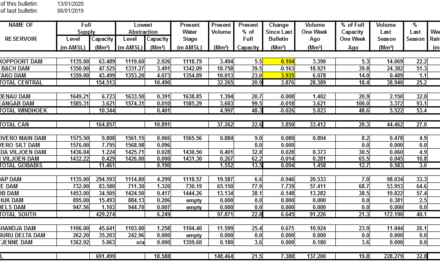