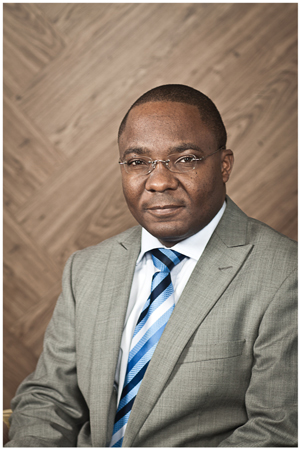 Sakaria Ngikembua, Mutual & Federal Managing Director presented a topic on practical ways to create employment at the Economic Association of Namibia Gala dinner that was held in the capital.

A local business executive has urged government to maintain the “historic high level” public spending on education in its quest to fight the high unemployment scourge in the country.

Presenting a topic on practical ways to create employment at the Economic Association of Namibia Gala dinner that was held in the capital earlier this week, Mutual & Federal Managing Director Sakaria Ngikembua said although public spending on education and skills development was already at unprecedented levels, there is a need to maintain the spending on the sector since the latest labour force survey demonstrated that the rate of unemployment falls as education levels increase.

Ngikembua said: “I know Government is already spending a substantial portion of its annual budget on education and the scope for a dramatic increase in the education budget – given all the other priorities we have – may be limited.
However what I do advocate is that we sustain the expenditure on education at the historic high levels for at least the next 17 years but with some adjustments.
“These adjustments include a proposal that we spend more of the education budget on creating additional capacity in vocational skills education, increasing the up-take of students in vocational training centres, enhancing the quality of vocational education and promoting and enforcing vocational skills development early on in the school curriculum.”
He argued that vocational education is what will create sustainable jobs in Namibia.
Contrary to the current practice, Ngikembua proposed the prioritization of the tertiary-level courses that are funded through public coffers.
“Without minimizing the importance of any field of study, I’d propose that we prioritize the fields of study that directly support Vision 2030.
And we need to be deliberate about this choice,” he said.
Despite Namibia experiencing positive growth for most of the time since Independence, the Federal & Mutual executive said unemployment remains a perennial problem, and probably represents the country’s single biggest challenge.
“We know that our economy has grown steadily over the past 22 years – with GDP growth having averaged between 4% and 5% annually over that period. At the same time, however, unemployment has risen from about 19% in 1991 to current levels of 27%.
This means two things – (i) that the GDP growth rate has not been sufficient to create enough jobs to reduce unemployment, and (ii) that some of the GDP growth we have seen over the past two decades has not been job-creating in nature. So to some extent we have experienced what is commonly known as ‘job-less’ growth. So our unemployment challenge stems from structural problems in our economy.
We need to eliminate the structural bottlenecks so that we free up the economy and enable it to grow at annual levels of between 8% and 12%.”
In the 2013/14 budget, education received the highest funding of N$10.7 billion representing 23.7% of the total budget. Over the MTEF, education will receive N$35.2 billion.