After a while you have to chuck the thought in, because it never comes to a conclusion. You reach for the paracetemol and the six pack of beer and begin to speculate on permanently turning off Stephen Hawking’s computer, just in case he figures out a way to make time travel possible.

Someone I know mentioned a craving for jelly. He says he makes it four times a week. He also says he can see the future in it, kind of like a crystal ball. I didn’t listen much after that because my mind fugued to time travel.
I mentioned a glass elevator that I use a couple of times every month. That’s a good example of seeing the future in practice. I look out through the glass and I can see where I am going to be in a couple of seconds. He mentioned the windscreen of his bakkie. Same principle.
Sometimes seeing the future is not so easy though. Take the example of the jelly. The obvious prediction is that he will eat and get to the bottom of the thing. On the other hand, he obviously has a craving. My prediction is that if he might be able to satisfy himself by reading through the ingredients list. The results of this speculation are vague. One or more of the ingredients may satisfy him. Or maybe he won’t read through the ingredients and he will carry on with the jelly habit.
The thing is a bit like ‘Schrödinger’s cat’. Either it happens or it doesn’t, and I won’t know until the result is observed. It’s very ‘quantum physics’. If I carry on thinking about it too hard, I predict I will need paracetemol for the headache, possible with a beer or two to wash away the idea.
Time travel is a fun mind toy. I never got into HG Wells, but there were plenty of decent ideas from science fiction writers with which I could play when I still read that stuff.
The obvious idea that comes through is the danger of a time traveller changing the past. For instance, you go back in time and step on a bug. Through a long chain of cause and effect this alters history and you come back to find that the yo-yo was never invented, or that your favourite sports team is wearing uniforms that are pink instead of blue.
The really dire scenario is you go back, sneeze, and transfer some or other modern disease to dwellers of the past. As a result, you return to your own time, to discover that humanity no longer exists, so you never went back in time, so it never happened, so actually you do exist, so you do actually go back in time, and so on.
After a while you have to chuck the thought in, because it never comes to a conclusion. You reach for the paracetemol and the six pack of beer and begin to speculate on permanently turning off Stephen Hawking’s computer, just in case he figures out a way to make time travel possible. Or maybe going back in time and making sure that Albert Einstein was never born…
But it’s not the scientisits who are the threat. It’s the science fiction writers and the ideasmiths. They are actually the ones who threaten us with really cool ideas.
In 1965 or 1966, someone must have come up with the ideas for Star Trek, one of which was a hand held communicator. The people behind the development of the mobile phone acknowledge the inspiration. As a result, we have the mobile phone, as well as a generation of barely literate kids who are reliant on their thumbs to communicate, and can’t spell the word ‘cat’.
In 1995, Neal Stephenson inspired a lot of people with a novel set in the far future. In this book, a girl received a computer tablet, which evolved to her needs. It must have been a matter of months before the first plans were sketched out. A scant 18 years later, people sit across from one another in restaurants and bars using mobile devices to talk to one another instead of mouths.
People who come up with ideas and publish them are going to change the world.
So what’s the moral of this riff?
The first thing is, if you want to know the future, you need to absorb science fiction. Non-fiction won’t help at all, because that is not where the ideas begin. If you don’t read fiction, you are going to be behind in the imagination and innovation stakes.
The second thing is a bowl of jelly is good. Not only does it help you to think about the future, but if you read the ingredients it may also show you what nutrients you are missing.
That’s all, folks. 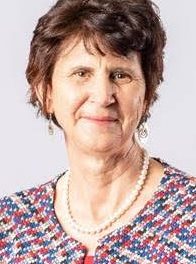 Choosing between a Life Annuity or a Living Annuity?: Part 1