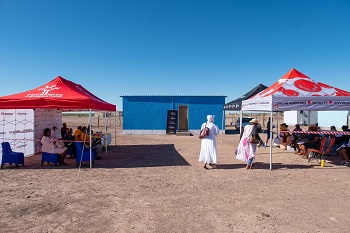 The One Economy Foundation (ONE) late in March handed over eight houses to residents of Berseba and two houses to the residents of Oranjemund which were built through a sponsorship from the foundation to the Shack Dwellers Federation of Namibia.

At the handover ceremony of the donation valued at N$400,000, ONE Chief Executive Sem Uutoni emphasized that “As ONE, we understand that tackling a complex issue such as housing requires comprehensive interventions, support and funding from different actors. Namibia has a backlog of about 300,000 housing units, which would require nearly N$76 billion for land servicing and housing construction. As a foundation, we are honoured to play our role in reducing this statistic. This donation of 10 houses has a far-reaching impact as housing not only provides shelter but plays a critical role in promoting human dignity, boosting economic growth, reducing poverty, improving living conditions, and strengthening communities.”

Hon Aletta Fredericks, Governor of // the Kharas Region expressed her gratitude on behalf of the government for this sincere, selfless and humanitarian gesture from the One Economy Foundation for providing financial support for the construction of houses for members of the Shack Dwellers Federation.

“I am very grateful that the foundation has embarked on this project in support of the government’s agenda to provide decent shelter to every Namibian citizen. This sponsorship is a testament of how much we can accomplish if we work together and put our resources in causes that benefit a greater part of our society,” she stated.

The sponsorship by ONE is based on key evidence from the 2019 High-Level Roundtable Discussion held by the Office of the First Lady in partnership with Shack Dwellers International, the Shack Dwellers Federation of Namibia and Namibia Housing Action Group.

The dialogue was convened to explore pragmatic solutions to overcome bottlenecks in urban land delivery and concluded with a shared consensus that the upgrading of informal settlements is possible through enhanced community participation and solutions targetting end-users.

First Lady Monica Geingos said she values the partnership with the federation and has committed to continue supporting them in their mission to improve the lives of their beneficiaries by securing affordable land and shelter. This community-driven approach is improving the living conditions of those excluded from commercial housing and financial processes. 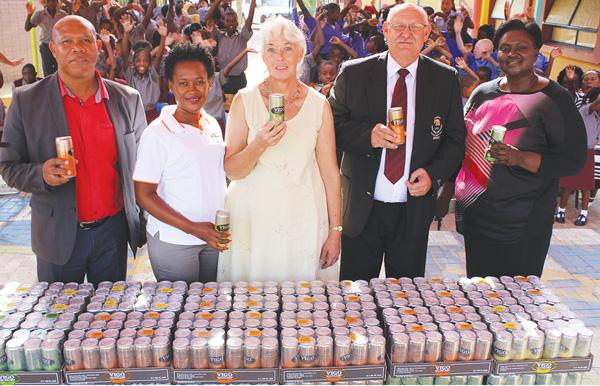 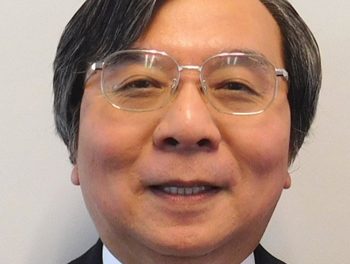