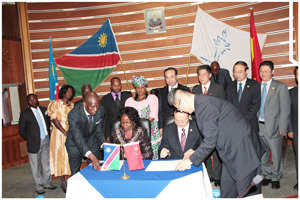 Her Worship, Cllr. Agnes M. Kafula, Mayor of the City of Windhoek and Xu Songnan, Member of the Standing Committee of CPC Chongqing Municipal Committee, signing the Memorandum of Understanding while Hon. Laura McLeod Katjirua, Governor of the Khomas Region, City Councillors and other members of the visiting delegation witness the event.

The City of Windhoek has signed a Memorandum of Understanding with the Chongqing Municipality in China which covers critical areas of municipal governance and economic development, based on the principles of friendship such as Trade and Investment, Information Communication Technology (ICT), Urban Planning and Housing, Water Management, as well as Culture and early childhood education. “I am also glad to mention that, by signing this MOU, we agree to enhance the establishment of a sister-city relation between the City of Windhoek and Chongqing Municipal Peoples’ Government, while promoting the comprehensive cooperation in different areas,” said the Mayor of the City of Windhoek, Cllr. Agnes M. Kafula. The Chongqing Municipality also donated N$300,000 to a school in the City during the event. 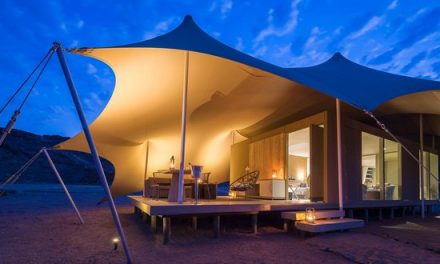 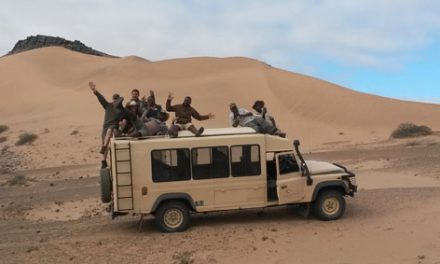