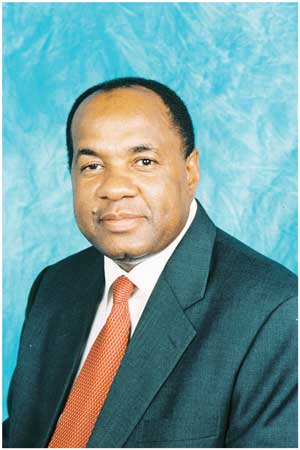 Globally, economic prospects for the US are improving, and focus is shifting to the possible end of expansionary policies. China’s structural slowdown is deeper than expected, and Eurozone break-up risks appear to be fading. Weak growth in Europe holds more and more fiscal and social risks, and Japan is going flat out for economic recovery.
Topically the key issue for the world is the question of when the Fed will end the supply of cheap money. There are some in the US who are of the view that the American economy is ready for the Fed to withdraw the stimulus, but the bulk of the cheap money supplied this far has ended up in emerging markets, and any tightening of policies in the US is bound to affect Namibia and other emerging markets negatively.
The Federal Reserve Chairman, Ben Bernanke’s pronouncement about a possible reduction of Quantitative Easing (QE) has set emerging markets in turmoil and has major implications for Namibia. QE is typified by the Fed’s purchases of bonds – amounting to US$85 billion per month – effectively using the central bank money to inject money into financial institutions in a bid to increase liquidity and boost economic growth.
And as the US readies itself to curb this spending over time, the question can be asked – are we entering a phase where capital flows are about to shift from emerging economies back to the developed world?
If so, this will have far reaching implications for emerging economies. No-one knows exactly what the timeline and exact impact will be should QE come to an end, but not considering this possibility as a country would be unwise, and should this indeed play out, various possible scenarios should be explored sooner rather than later.
While the liquidity injections did not actually create credit for the real economies, it has boosted leverage and risk taking in financial markets, and currently the world finds itself in unconventional monetary space, with stock markets reaching new highs, alongside excessively low interest rates, despite a slowdown in economic growth.
Growth in emerging markets is slowing, and a hard landing in China over the next two years will certainly adversely impact Namibia and the BRICS economies. The Chinese economy has been growing around 10% annually over the past three years, but this has slowed to 7.8% last year. Brazil’s economy is expected to grow by 2% this year, Russia also around 2% this year, whilst the Indian economy slowed down from 11.2% in 2010 to 7.7% in 2011 and 4% in 2012. The South African economy is not expected to grow by more than 2% this year, whilst the country is facing profound challenges on the labour front, a high unemployment rate and a large current account deficit.
The environment for emerging markets gets tougher: less inflows, lower commodity prices, soft external demand, internal imbalances and slowdown in reforms that increase private sector productivity.

IMPLICATIONS OF A SLOWDOWN IN QE
* Large capital outflows – foreigners own 36% of SA bonds, up from 13% in 2008 and more than 40% of the JSE. More than 90% of shares listed on the Namibian Stock Exchange in terms of market capitalisation are primarily SA companies and the country will be affected should foreigners, who were looking for high yields and assets, decide to return home. This will suck liquidity out of markets and derail economic recovery.
* Expect further weakness in the Rand and the Namibia Dollar as foreign capital flows reduce. The Namibian Dollar has depreciated by about 18% to the US Dollar since the beginning of this year.
* The end of QE will increase interest rates worldwide. We will see a withdrawal of money from emerging markets and this will put pressure on the Rand, which in turn, will have a subsequent impact on inflation in Namibia and South Africa.
* An increase in interest rates will affect many Namibian with mortgages. Housing prices in the country have reached a ‘bubble stage’ and an increase in rates of between 3% and 5% at this stage will cause a crisis for individuals and challenge the capital position of many lenders.
* An increase in rates will be positive for savers and pensioners whilst the weakening of the local currency, whilst not good for inflation outlook, will be good news for exporters.
* The most vulnerable, should QE end, will be those countries which rely on foreign capital flows to finance the gap between what they spend and what they earn. Namibia is in the fortunate position that it finances its debt largely with borrowings in the domestic market.
The Fed is fully aware of the impact of its policy on the world. Exiting too fast will crash the real economy and send many emerging economies and currencies in a tailspin, whilst too slow an exit could create a massive bubble.
Of key concern locally too, is the under-estimating of the inflation impact of a weak Namibia Dollar.  The support for the Rand over the past decade has been largely underpinned by the gold price, the platinum price and foreign investors buying SA bonds. With most of these support variables currently under pressure, if inflation spikes and demand slumps, interest rates are bound to be increased negatively impacting an already low growth environment plagued with high unemployment.
At wwthis stage the South African Reserve Bank is likely to keep rates on hold through 2014 and the Rand and the Namibia Dollar are expected to trade around 9.50 – 9.75 versus the US Dollar by year-end.
Given the above scenarios, it is critical that we ensure the Namibian economy is managed in a way that takes cognizance of potential headwinds in order to deliver growth, alleviate poverty and create jobs. 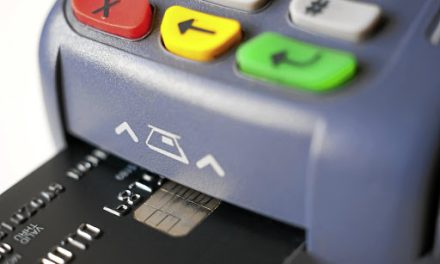 Oryx back in local hands